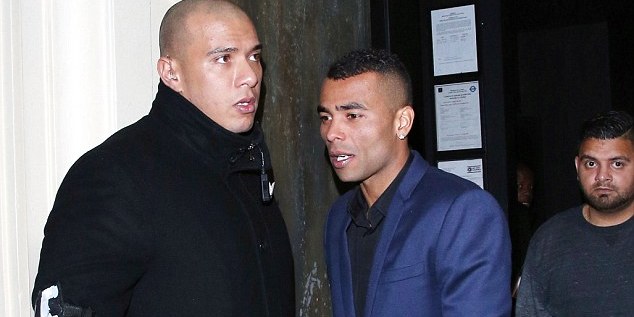 Chelsea boss Jose Mourinho has revealed that Ashley Cole will be left on the bench against Arsenal on Monday, after photos appeared showing the England man at the Arsenal Christmas party on Wednesday.

The Daily Mail released the photos of the former Gunner out partying only 24 hours after his Chelsea side lost the League Cup Quarter Final 2-1 against Sunderland.

Mourinho refused to lambast the 32-year-old in public, but seems to have exacted punishment in the form of Monday’s snub.

“I keep my opinion to myself – it was a free day for them,” said Mourinho. “I’m not a father, I’m a manager.

“From the beginning Ashley’s not playing.”

Arsenal’s clash with Chelsea at the Emirates the day before Christmas Eve is considered to be one of the most important league games to date this season.

Cole has endured a stop-start season under Mourinho, and will have to stomach another bench role after his antics on Wednesday.

What do you think? Does Cole deserve to be benched? Let me know in the comments below…