We covered a report yesterday that Chelsea were showing an interest in Lyon defender Samuel Umtiti.

Lyon are keen to hold on to their star players for next season, like Lacazette and Fakir, but in order to do so, they may have to sell few players to balance the books. 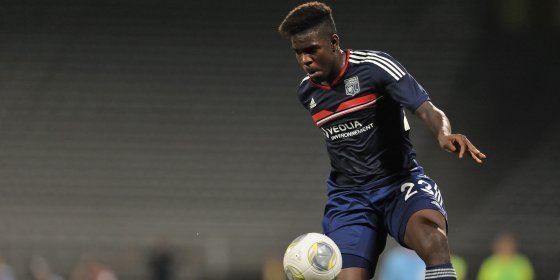 French newspaper Le Progress covered yesterday that Lyon defender Samuel Umtiti could be one of those players who might leave the club in the summer.

Chelsea boss Jose Mourinho is a big fan of the defender and the former Real Madrid boss wants him to partner alongside Kurt Zouma.

France Football has covered the story and add their own findings. Jean-Michel-Aulas said on Friday that Umtiti is ‘non transferable” but France Football speculates that his mind could change quickly if a big offer is put on the table.

A large injection of money before June 30 would allow Lyon’s accounts to show a better balance, an opportunity Lyon likely to miss out.

The 21-year-old defender has a contract at the club till 2017 and would cost around €12m. Umtiti is a highly talented defender who has already played over 100 games for his club after graduating from the club’s youth academy and has represented France national team at various youth levels.