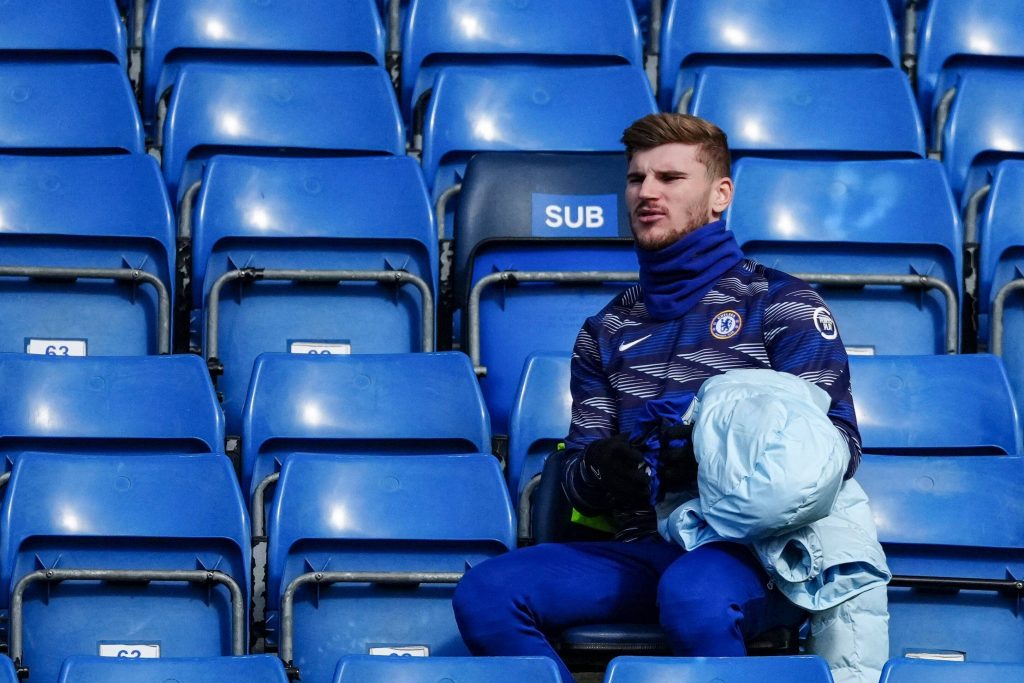 The 25-year-old has struggled to make his mark with the Blues, scoring just five goals in 28 Premier League appearances this season.

The German international appears to be low on confidence – a point highlighted by his woeful miss in front of goal against North Macedonia in midweek.

With Chelsea tipped to make a move for Manchester City’s Sergio Aguero, Sinclair has predicted that Werner could be surplus to requirements this summer.

“I think sometimes it happens – you go to a club, you don’t start well, your confidence goes and you go ‘what a waste of money’,” Sinclair told talkSPORT.

“He doesn’t look the player we saw in the Bundesliga. Getting Thomas Tuchel in, he’ll be able to speak to him in his native tongue. He’ll probably be able to get the best out of him.

“If he doesn’t produce before the end of the season, I think it could be the beginning of the end for him.

“Tuchel will have money to spend – Chelsea will want to have a real good go at the Premier League.

“With him in the side, as it is, it’s not working and they could invest big in those forward areas and he might end up leaving after one season.”

Much was expected of Werner when he joined Chelsea from RB Leipzig for £53 million last summer.

Things haven’t gone to plan for the forward to date, but it seems far too early to be writing him off.

With Olivier Giroud in the veteran stage of his career and Tammy Abraham failing to convince manager Thomas Tuchel, the club are unlikely to give up on Werner just jet.

The potential addition of Aguero could help to take some of the weight off his shoulders and it would be no surprise to see Werner be more successful next season.