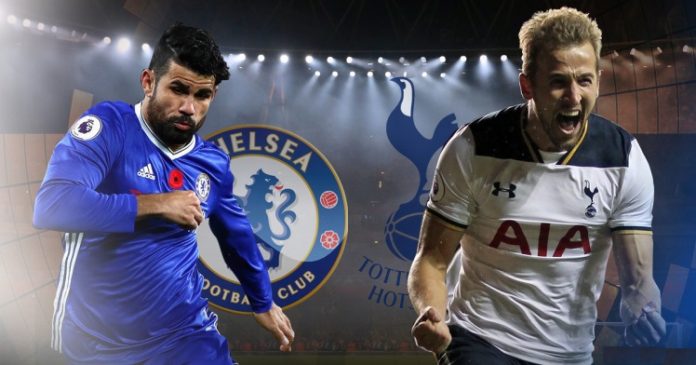 Chelsea host Spurs in the FA Cup semi-final this weekend and the Blues will be looking to bounce back from their humiliating defeat against Manchester United.

Spurs won the last meeting between the two sides and Chelsea will be out for revenge this weekend. Conte’s men have had a fantastic season so far and will look win the double.

Antonio Conte could be without Gary Cahill and Victor Moses for this one. Both are doubts through illness.

Spurs are the most in-form team in the country right now and will look to secure their place in the final with a win here. They have won their last eight in all competitions and they will have learnt from their experiences at Wembley.

Spurs have disappointed at Wembley and Saturday is the perfect chance to improve their record at the stadium with a win against their rivals.

Tottenham will be without the services of Winks, Lamela, Rose and Vorm for this one.

Chelsea are undefeated in their last 21 home matches against Tottenham in all competitions.

Chelsea have scored at least 2 goals in their last 6 home matches against Tottenham in all competitions.

Tottenham have won 6 of their last 7 matches in the FA Cup.

Tottenham have scored at least 3 goals in their last 3 matches in the FA Cup.

Chelsea have kept a clean sheet in their last 3 matches in the FA Cup.

Chelsea have seen over 2.5 goals in 5 of their last 6 home matches against Tottenham in all competitions.

Chelsea have a very good record against Spurs at home. Although this match won’t be played at Stamford Bridge, the Blues are favourites to win here. Bet on Chelsea to win this weekend.

Both Chelsea and Tottenham have been fantastic in the Premier League and they will be looking to win the FA Cup now.

This should be a cracking contest between two very well matched teams. Chelsea have to deal with a few injury issues and Spurs will look to make the most of that.

Although derbies are unpredictable, on current form, Spurs are likely to edge this one.