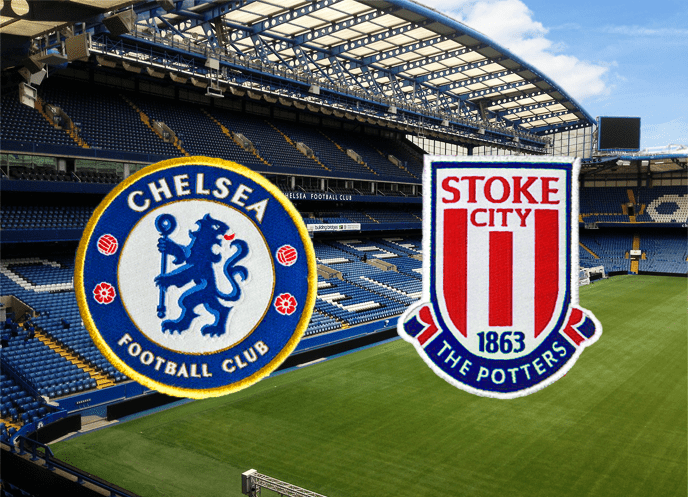 Chelsea host Stoke City in the Premier League this weekend, and the Blues will be looking to finish 2016 with an impressive win at home. Antonio Conte’s side are unstoppable right now and have won 12 league games in a row. Chelsea are six points ahead of second-placed Liverpool and will be hoping to extend that gap when the Reds face Manchester City on the 31st.

Furthermore, the Blues have a very good home record against Stoke City. They have won five and drawn one of their last six home games against the Potters. Considering their current form, that run should continue here.

John Terry is the only injury worry for the home side.

Stoke City were beaten 4-1 by Liverpool last night and will be looking to bounce back with a positive performance at Stamford Bridge next week.

The Potters went into the Liverpool game on the back of some impressive displays, but they were played off the park by Jurgen Klopp’s men and Hughes will fear a similar fate against the league leaders. The Potters have a terrible record at Stamford Bridge and have failed to win all of their last six visits to Chelsea.

Bardsley, Cameron, Butland, and Ireland are all expected to miss out on the trip to Stamford Bridge.

Chelsea have won their last 12 matches in the Premier League.

Chelsea have kept a clean sheet in 10 of their last 12 matches in the Premier League.

Stoke City have failed to win their last six matches at Stamford Bridge.

Chelsea are in supreme form right now and have been very tight at the back. Bet on the Blues to win with a clean sheet here.

Chelsea have been winning at both half-time and full-time in their last 3 matches in the Premier League. Bet on the Blues to win both halves.

Diego Costa will be back after serving his suspension and will look to add to his tally against the Potters.

Conte’s men have been very hard to beat over the last few months, and, although Stoke City are no pushovers, they are simply out of their depth here.

A win for the home side seems certain.