Chelsea will take on German outfit Schalke 04 on Tuesday night in the Champions League at the Veltins-Arena, where manager Jose Mourinho will be looking to earn back-to-back victories in this competition. 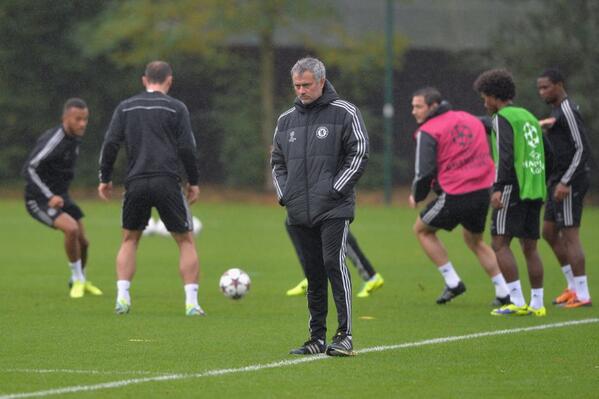 The Blues lost their opening game against FC Basel but bounced back strongly against Steaua Bucharest and are currently lying 3rd in the Group E table with 3 points. Therefore, Chelsea simply cannot afford to lose here tonight.

The Blues are heading into this match on the back of a 4-1 convincing victory over Cardiff City. Jose Mourinho’s team has not lost a game since their 2-1 defeat against Basel and have won 5 games out of 6 in all competitions.

Schalke on the other hand have had a stuttering start in the league. They are currently occupying the 5th spot in the Bundesliga, nine points behind league leaders Bayern Munich. However, they will be high on confidence following their impressive European campaign so far.

The Blues will be without their star defender Ashley Cole for this game. The England international who sustained a rib injury against Norwich and missed out England’s qualifier games, trained with the team on Monday morning but Jose left him out of the squad.

German international Andre Schurrle has been drafted in after he missed out the last game. Mourinho has also revealed that he would pick either of David Luiz or Gary Cahill as centre-back beside John Terry. Here is the predicted line-up:

Prediction: It will be a close contest but expect Chelsea to win this tie 1-2.