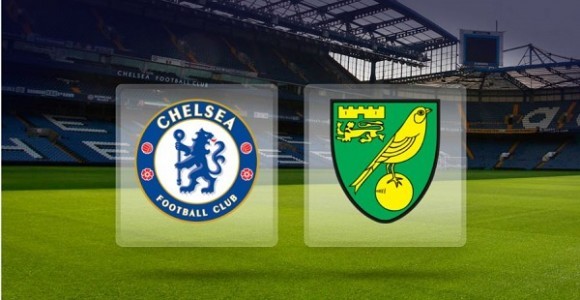 Norwich City travel to Stamford Bridge this weekend and Chelsea will be hoping to make a new start to their Premier League season after the International break.

Manager Jose Mourinho has been under tremendous pressure after Chelsea’s abysmal start to the season and the Premier League champions will be hoping to turn it around now.

The international break provided Chelsea a much needed window to reevaluate their issues and regroup and now the Blues will have to close the gap with the top four teams if they want to retain any hopes of playing in the Champions League next season.

Chelsea are 16th in the table, one point behind their opponents Norwich. Alex Neil’s side have had a mixed start to their season and will be hoping that Chelsea continue their poor form this week.

Norwich are 15th in the table and are fighting to stay up this season.

Alex Neil’s side are aware of Chelsea’s frailties and will be looking to come away with a positive result that could be priceless towards the end of the season.

Chelsea have struggled to contain counter attacking teams this season and will be vulnerable against a well organised Norwich City team who love to hit the opposition on the break.

The likes of Hoolahan, Brady and Redmond should cause plenty of problems to their unsettled back four.

Chelsea are set to be without the likes of Ivanovic and Courtois who are still recovering from their respective injuries.

Meanwhile the likes of Hazard, Falcao and Zouma are back in training and could return to the starting eleven against Norwich.

As for Norwich City, Nathan Redmond is set to complete his recovery from the hip injury and return against Chelsea.

Matt Jarvis is still sidelined with a knee injury and will miss the clash against Chelsea this weekend.

The former West Ham midfielder should be back training in the first week of December.

Chelsea are undefeated in their last 11 matches against Norwich in all competitions.

Norwich have failed to win 16 of their last 17 away matches in the Premier League.

Chelsea have scored 7 goals in their last 3 home games against Norwich City in the Premier League.