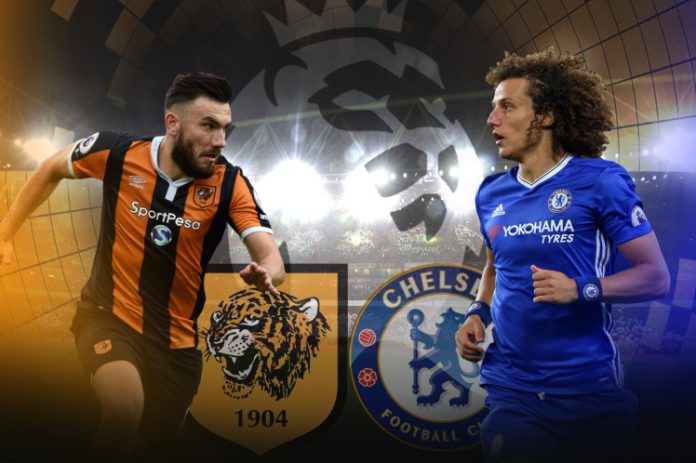 Chelsea host Hull City in the Premier League this weekend and the Blues will be hoping to continue their excellent run of form with another win.

Antonio Conte’s men are seven points clear at the top of the Premier League after their comfortable 3-0 win over Leicester City. The Blues have an outstanding head-to-head record against Hull and are unbeaten against them since 1988.

Judging by the contrasting form of both sides, Chelsea are likely to extend their unbeaten run against the Tigers.

Chelsea have a full fit squad to choose from for this weekend. Diego Costa has returned to training and is expected to start once again.

Hull City have shown some signs of improvement under their new manager Marco Silva. However, the Tigers are still way behind their opponents for this week in terms of quality.

The away side did well to beat Bournemouth 3-1 last weekend, but the trip to Stamford Bridge is a massive challenge. Hull City have managed to stay unbeaten against the Blues just twice since 1988.

Furthermore, they have a number of injuries and absentees to deal with. Silva will be without the services of Henriksen, Luer, Odubajo, Keane, Bruce, Elmohamady and Mbokani.

Chelsea have won 14 of their last 15 matches in the Premier League.

Hull have lost their last 8 away matches in the Premier League.

Chelsea have won their last 5 matches against Hull in all competitions.

Chelsea have scored at least 2 goals in their last 5 matches against Hull in all competitions.

Chelsea have been winning at both half time and full time in 5 of their last 7 home matches in the league. Bet on the Blues to win both halves against Hull.

Chelsea have an outstanding record against Hull City. Bet on the Blues to win this weekend.

Considering Hull City’s away form and Chelsea’s showing in front of the goal against the Tigers, over 2.5 goals seem likely.

This should be a comfortable win for the Blues. Chelsea are in superb form right now and will punish an inferior Hull side to extend their lead at the top of the table.

Hull City have been very poor on their travels and will be lacking in confidence heading into this game.