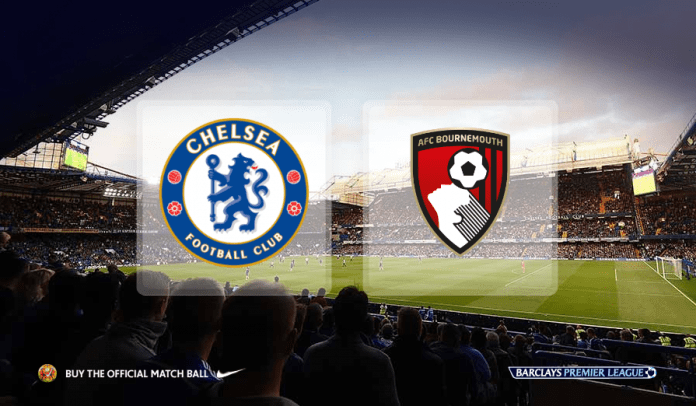 Chelsea host Bournemouth in the Premier League on Boxing Day, and the Blues will be looking to add to their impressive run of form with a home win.

Antonio Conte’s men are on top of the table right now and have won their last 11 league games. The London giants will now look to overtake Arsenal’s record of 14 consecutive wins.

The only worry for the home side is that they will be without some of their key players for the Cherries’ visit. N’Golo Kante and Diego Costa are suspended and Eden Hazard is a doubt.

Bournemouth suffered a humiliating defeat against Southampton in their last game and will be looking to redeem themselves here. However, this is a massive challenge for them, and they will need a huge slice of luck to get something out of this clash.

Although the Blues are without Kante and Costa, they are good enough to punish Bournemouth.

Eddie Howe’s men have a terrible away record this season and have failed to win 9 of their last 10 on the road. The trip to Stamford Bridge should be no exception; the away side are likely to struggle here.

Lewis Cook and Andrew Surman are injured. Nathan Ake cannot play against his parent club due to the terms of the loan agreement.

Chelsea have won their last 11 matches in the Premier League.

Chelsea have kept a clean sheet in 9 of their last 11 matches in the Premier League.

Bournemouth have conceded at least 2 goals in 5 of their last 6 away matches in the Premier League.

Bournemouth have failed to win 9 of their last 10 away matches in the Premier League.

Chelsea are in supreme form right now, and, judging by Bournemouth’s away form, a home win seems likely. Bet on the Blues to win.

Bournemouth have conceded quite a few away from home this season. Over 2.5 goals seem likely.

Chelsea have been the best defensive team in the league. Bet on them to keep a clean sheet.

This should be a straightforward game for the home side. Conte’s men are in breathtaking form and will look to punish the Cherries.

Although Kante and Costa are absent, the likes of Fàbregas and Batshuayi are hungry to prove a point and will make this opportunity count.