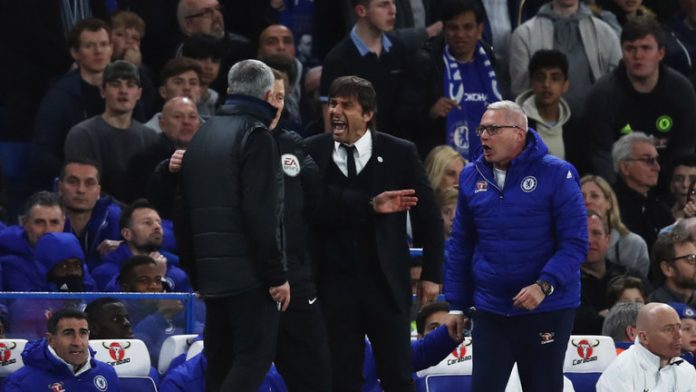 Antonio Conte has shaken up his Chelsea defence after their horror show against Roma in the Champions League in midweek.

In come Andreas Christensen and Davide Zappacosta, with David Luiz and Antonio Rudiger are both dropped.

Midfielder N’Golo Kante returns to the starting line-up too, having missed the last six games with a hamstring problem. He replaces Pedro.

Manchester United make six changes to the side that beat Benfica during the week.

Midfielder Marouane Fellaini returns from injury to take his place on the bench.