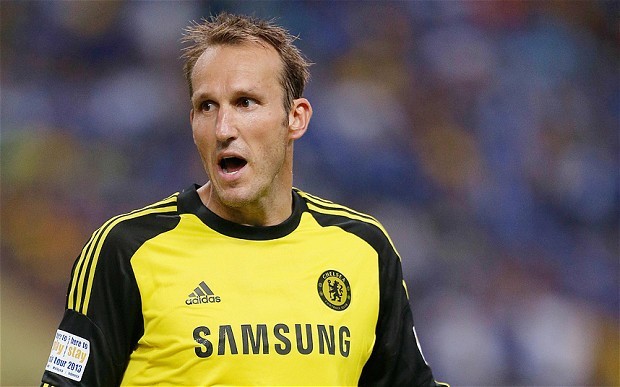 Chelsea Football Club have confirmed on their official website that goalkeeper Mark Schwarzer has left the club and joined Leicester City on a permanent deal. The transfer story had been going on for almost a week now and Jose Mourinho confirmed it after the Watford game, but it has been made official today.

The Australian joined Chelsea as a back-up for Petr Cech in the summer of 2013 from Fulham. He made 12 appearances last season, including some very important ones towards the end of the campaign following Cech’s injury. He kept a clean sheet in a famous 2-0 win at Anfield which denied Liverpool the Premier League title and handed it to Manchester City. Along with that, he also played in the Champions League for the first time in his career, making 3 appearances and thereby becoming the oldest debutant in the history of the competition. 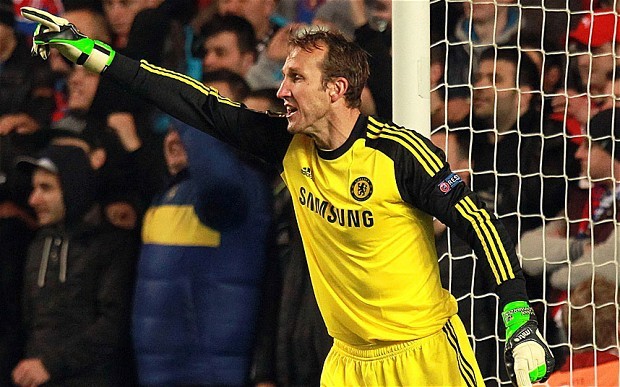 This season though, with the arrival of Thibaut Courtois from Atletico Madrid, Schwarzer had become third-choice at Stamford Bridge. He was yet to make even a single appearance in any competition with half the season done.

The 42 year-old has made over 500 Premier League appearances, for Middlesbrough, Fulham and Chelsea combined. He now starts a new chapter in his career, which is also likely to be the last.

Schwarzer’s departure also sees Jamal Blackman return to Stamford Bridge from his loan spell at Middlesbrough and take the veteran’s place as the third-choice keeper.