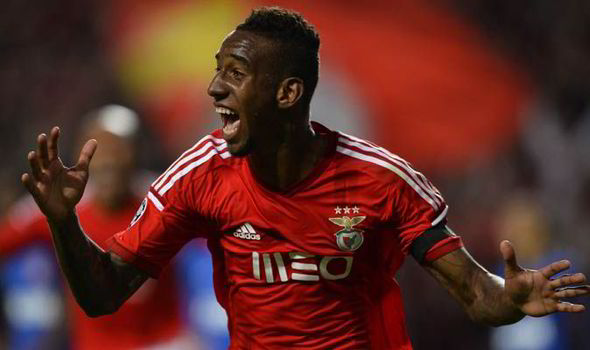 Benfica forward Talisca has caught the eye of several top clubs around Europe . According to Le 10 Sport, Chelsea are one of them. The Brazilian was called up to the national side this week, and his compatriot Oscar showered him with praise after training alongside him. The Chelsea midfielder likened Talisca to a legendary Brazilian midfielder, and his comments may act as a catalyst in the Blues’ pursuit of the 20 year-old.

“Talisca has great quality and left-footed like Rivaldo, comparisons are normal,” Oscar said in an interview to  O Jogo. “I did not follow much at Benfica, but he has a lot of talent. We are pleased that he has joined the group.”

Talisca has been in tremendous form with Benfica this season, scoring 9 goals in 14 appearances in all competitions, including 8 in 10 in the league. The prolific forward will be looking to follow in the footsteps of Oscar, who has made the transition from a promising young talent to a consistent performer since his move to Stamford Bridge in 2012.

Oscar was not the only Premier League star impressed by Talisca. Manchester City midfielder Fernandinho also had some very encouraging words to say about the former Bahia man.

“I was impressed. I had not seen him play in Brazil, but I saw some Benfica matches. He  trained well with the national side and is integrating into the group. He has a lot of charisma”, said Fernandinho.

Chelsea are reportedly in the market for a striker in January, with Didier Drogba nearing the end of his career and Diego Costa and Loic Remy being extremely prone to injuries.