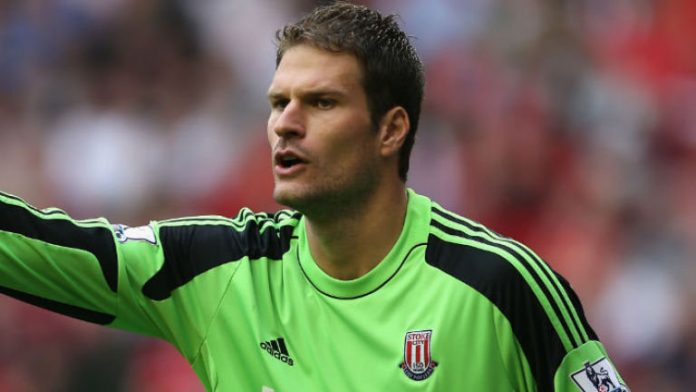 Chelsea have moved quickly to replace legendary goalkeeper Petr Cech. According to Sky Sports, the Blues are frontrunners to sign Asmir Begovic from Stoke City. The Bosnia-Herzegovina international is being targeted by a whole host of Premier League clubs, but Chelsea are his highest-profile suitors.

Begovic has been one of the most consistently impressive performers in the Premier League over the last few seasons, turning into a regular at the Britannia Stadium since his move in 2010. The 27 year-old has been targeted by big clubs in the past as well, but Stoke have managed to fend off this interest. Petr Cech is very close to sealing his move to Arsenal after 11 glorious seasons at Stamford Bridge. He was displaced in the first place by Thibaut Courtois last year, and wasn’t ready to spend another season on the bench. He wanted to stay in London keeping in mind his family, and the Gunners swooped in to seal a deal worth around £11 million.

It is important that Chelsea sign a replacement in case of an injury for Courtois. The Blues have in the past struggled to find a top-quality back-up goalkeeper, with the likes of Ross Turnbull and Henrique Hilario featuring in the first-team in Cech’s absence. Jose Mourinho though, has made this department completely stable and secure, bringing in veteran Australian Mark Schwarzer in the 2013/14 season, before having Cech himself on standby in the last campaign.

Begovic is arguably the most suitable candidate for the job from among the keepers in the Premier League, and will be a very handy option to have on the bench. It is likely that he will feature in the cup games as well.