Chelsea are hoping to gain the first-mover advantage by opening talks to sign Leicester City midfielder N’Golo Kante. According to the Telegraph, the Blues have moved in just 24 hours after the Euro 2016 final, where Kante was an unused substitute for France against Portugal. They are hoping to seal the deal by meeting his £20 million release clause and fend off interest from Chinese club Shanghai SIPG.

Antonio Conte will formally take over the reins at Stamford Bridge on Wednesday, and will look to quickly gain on lost time over the likes of Pep Guardiola and Jose Mourinho at the two Manchester clubs. The Italian was away with his national side in France, but will take charge of Chelsea when they travel to Austria to take on Rapid Vienna in their first pre-season friendly on Saturday. The players who didn’t participate in the knockout stages of the Copa America or the European Championships returned to training on Monday.

It is common knowledge that Chelsea are in the market for a combative central midfielder, and after several failed attempts to bring in Radja Nainggolan from Roma, they have set their sights on Kante. The diminutive Frenchman was instrumental in Leicester City’s incredible Premier League win last season, with his inexhaustible energy in the middle of the park. This earned him a call-up to the national side, and saw him feature regularly in the group stages for his country. 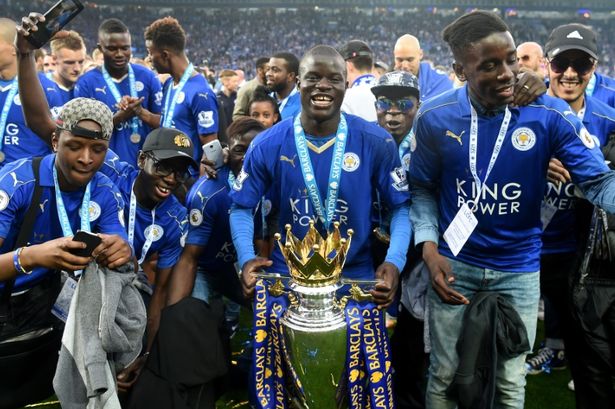 The Blues though, may have to splash out a bit more than £20 million, as they face competition from Chinese Super League outfit Shanghai SIPG, who are reportedly willing to offer £35 million to secure Kante’s services. Chelsea already saw one of their other reported targets, Graziano Pelle, make the switch to the East yesterday, and will be keen not to miss out on another one.

Kante has all but ruled out staying at the King Power Stadium by turning down a new £100,000-per-week deal, and now it remains for the long line of suitors, which includes Manchester United and Arsenal as well, to scrap for his prized signature.