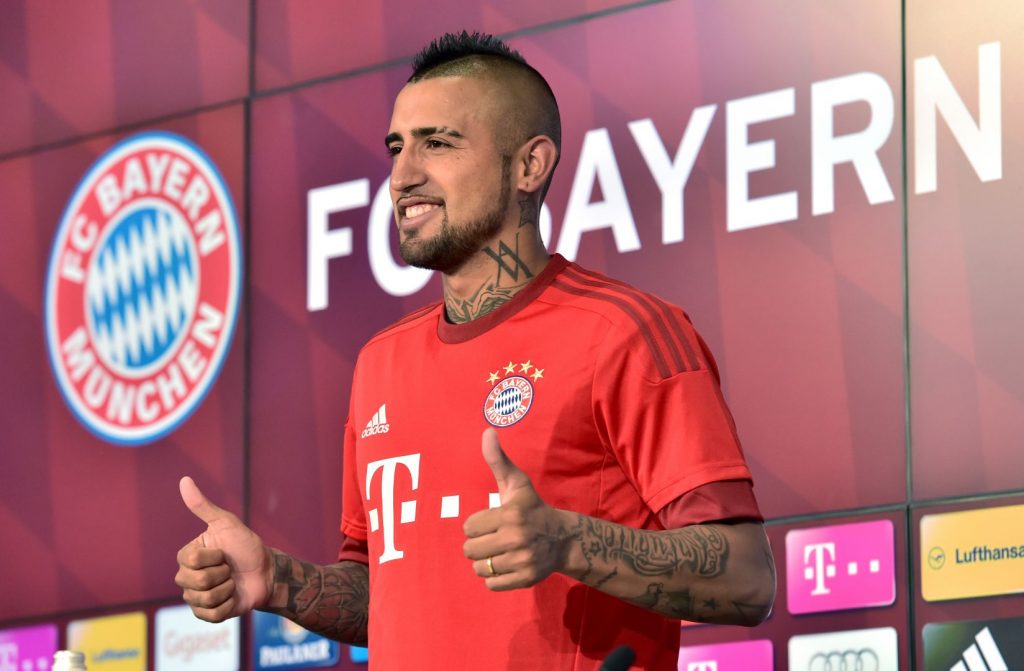 Chelsea have been linked with a move for the Bayern Munich midfielder Arturo Vidal this summer.

The Chilean midfielder joined the German champions last season, but he is ready to consider a move to Stamford Bridge this summer.

According to Italian outlet Calciomercato, Vidal’s agent held discussions with the Chelsea executive and warned her that Bayern are not willing to sell the player. He also advised Chelsea to submit a big money bid in order to convince the Germans.

Vidal has always been vocal about his admiration for the new Chelsea manager Antonio Conte. The Italian has also also claimed previously that he would take Vidal with him if he was going to war.

“If I get to coach him a little more it’d be fantastic – I want him in all my teams.”

It seems that Conte wants to be reunited with Vidal once again. The pair worked together at Juventus and share a great working relationship.

The 28-year-old midfielder is a top target for Conte this summer and it will be interesting to see if Chelsea can convince Bayern to part with their prized asset. Vidal signed a four year contract at the Allianz Arena last year.