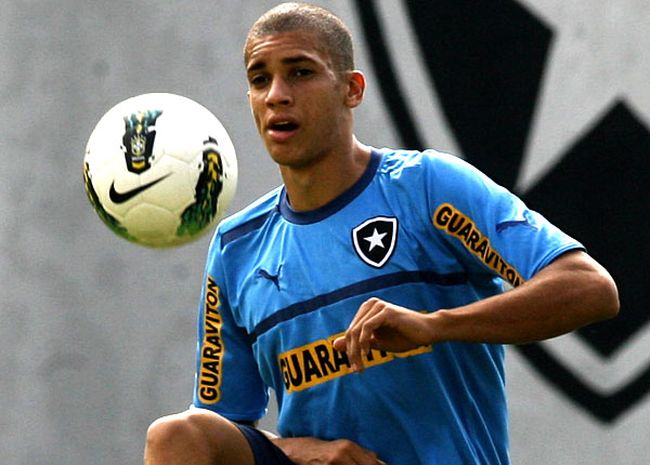 Matheus Doria Macedo, known just as Doria, has been attracting interest from a number of European sides this summer.

The 18-year old centre-back currently plays for Campeonato Brasileiro Serie A side Botafogo, and made 20 league appearances last season.

Doria, a Brazilian international, is highly-rated by both Chelsea and Tottenham of the English Premier League. His current side won’t accept lower than his £11.2M release clause. However, Botafogo president Mauricio Assumpcao admitted it will be tough for Doria to remain with the side amidst all the summer interest.

‘Right now I can’t guarantee that Doria will stay. Negotiations will depend on whether clubs pay his buy-out fee. Whoever wants him will need to pay more than just that value. If that happens, we don’t have control. It will be the player’s ­decision. He, his agent and family are considering their options, but nothing is set in stone.’

Barcelona, Real Madrid, Paris Saint-Germain, and AS Roma are some of the European giants who have been looking at the 18-year old, but have yet to make an official bid.

Doria has been tipped to become a top player in the future, and has already received high-praise from people who have tracked his progress.

‘He really is very, very promising indeed, and he is extraordinarily mature. He doesn’t dive in.’ – BBC Sport’s South American correspondent Tim Vickery.

Tottenham had previously appeared set to make an offer for the 18-year old, but are currently turning their attentions to their deficiencies in attack before looking at recruits in defence. London rivals Chelsea have the money to sign Doria should it be sanctioned by Chelsea’s club owner Roman Abramovich, but there is no word from either camp saying they’re willing to match his release clause yet.

While it’s unlikely the young starlet will remain at Botafogo for another season, his £11.2M release clause – and his side’s resistance – could see clubs end their initial interest, and potentially wait until the following summer when his contract will be into its last year.