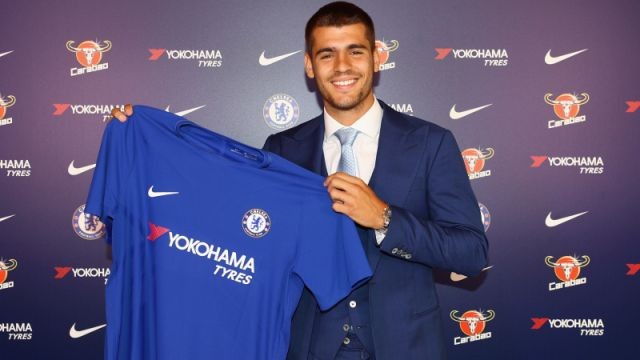 The chant was aimed at rivals Tottenham, who historically have a large Jewish following and had summer signing Alvaro Morata as part of the lyrics.

The Blues, immediately after the game, spoke strongly against those who engaged in these chants and said that they were helping the FA to identify those responsible.

Chelsea’s swift response to the issue and the fact that it was an away game and the club cannot control the behaviour of the fans as they don’t have stewards controlling these situation has resulted in the FA deciding to not punish the club. However, they are looking to ban those who will be identified in taking part in the chant.

Upon learning his name was used in a discriminatory chant, Morata tweeted after the game:

Since I arrived, I have been able to feel your support every single day, you are amazing and I’d like to ask you to please respect everyone!

The FA will get CCTV footage from Leicester and with Chelsea’s assistance, look for those involved. Equally, both Chelsea and the FA are encouraging supporters in the away section to identify and report anyone they saw singing it.

The Blues have now also confirmed that they will issue lifetime bans and support criminal prosecution if any supporter is caught repeating the song.

Chelsea’s Head of Communications, Steve Atkins, said on Monday: “We made an initial statement after the game the other night. I’m happy to repeat, but also make clear: Chelsea Football Club finds all forms of discrimination abhorrent and the language that was used in that song the other night we find totally unacceptable”.

Chelsea have also made a plea to fans to not repeat the chant at future matches, stating Morata does not want to be related to it.