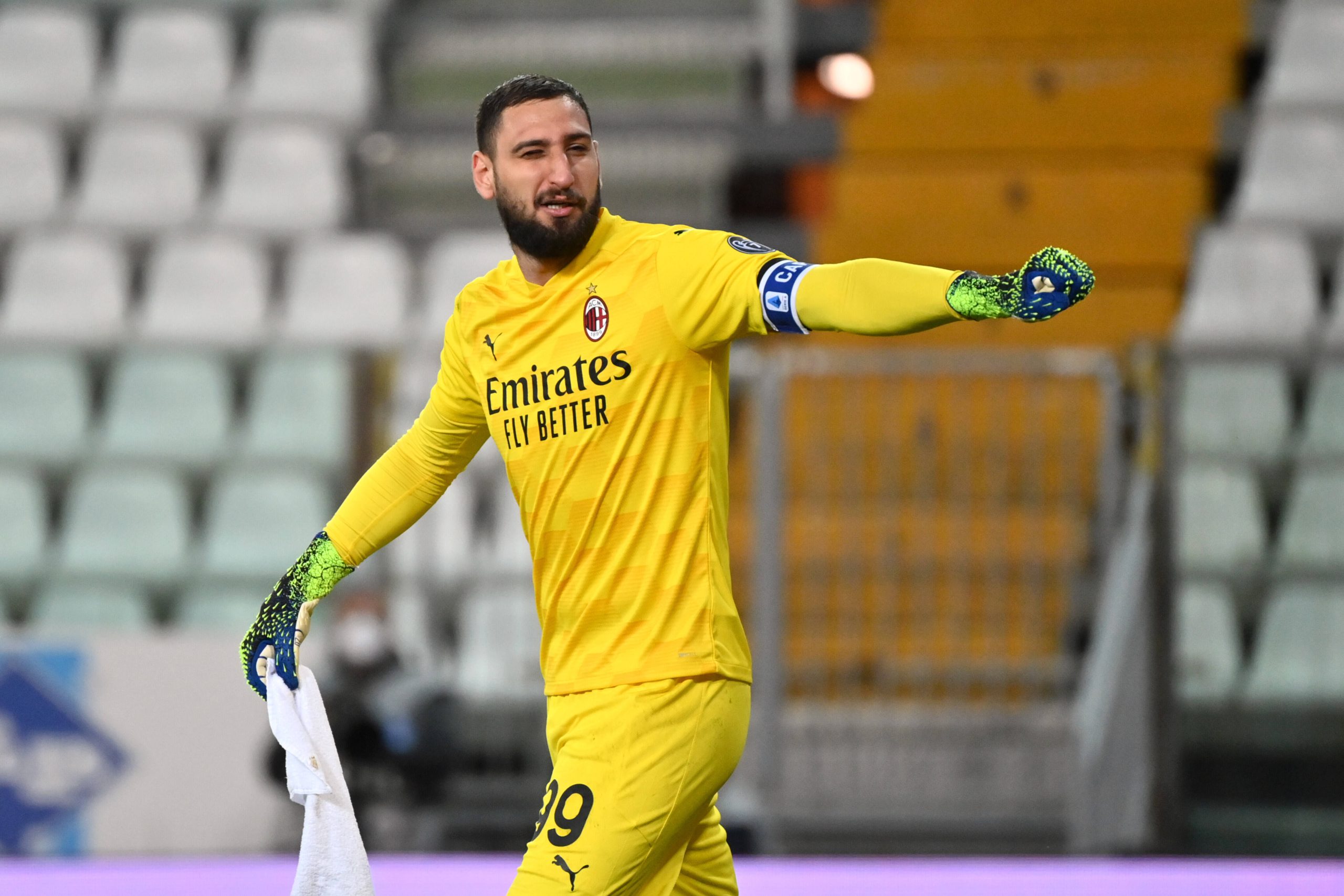 Chelsea continue to be linked with a summer move for AC Milan goalkeeper Gianluigi Donnarumma.

According to Eurosport, the 22-year-old is still not close to agreeing a new deal with Milan and could be a free agent at the end of the season.

Agent Mino Raiola has been trying to negotiate a renewal, but his demands have failed to find favour with the Serie A club.

Donnarumma is believed to be holding out for £9.1 million per year on his next contract, which appears to be beyond Milan’s reach.

However, it is debatable whether his ability and performances actually warrant such a lofty annual salary.

The goalkeeper has had a turbulent time at Milan, with fans previously blasting his antics during previous contract negotiations.

Repeated mistakes further angered the Milan faithful, although he looked back to his best at the start of the campaign.

Things have gone a little sour since the turn of the year, with Donnarumma’s form taking a dip as Milan have struggled to keep pace with Inter Milan.

Although the Italian stopper still has plenty of time to fulfil his potential, he doesn’t represent much in the way of an upgrade on current Chelsea goalie Edouard Mendy.

Having already wasted millions on Kepa Arrizabalaga, the Blues would be well advised to steer clear of Donnarumma.