Borussia Dortmund striker Robert Lewandowski is back on the transfer rumour pages, yet again. He has become such a hot property in Europe, because of his contract situation that hardly a week passes by, where his transfer move hasn’t been speculated.

The Polish star has been linked with Chelsea, Arsenal, Manchester United and Manchester City throughout the summer, while La Liga outfit Barcelona are also reported to be keeping close tabs on him. However, as situation stands, the striker has few months left on his contract and would leave the club next summer for free. Dortmund would lose him for nothing and hence they could be willing to cash in on the player, who is thought to have made an agreement to join Bayern Munich at the end of the season. 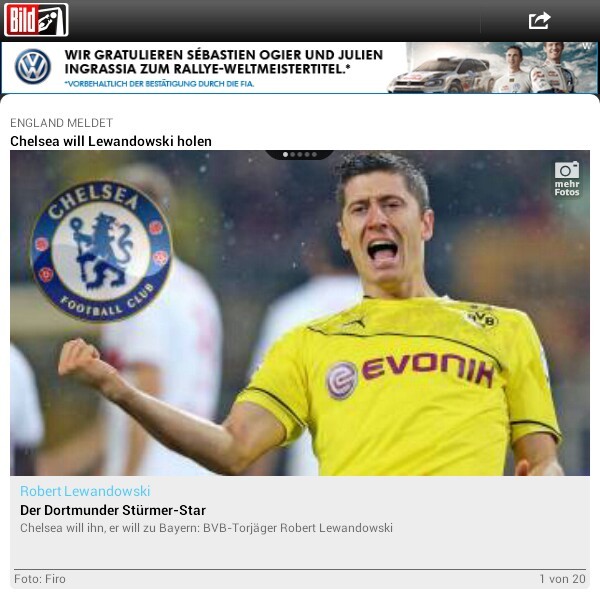 After his magnificent performance against Stuttgart where he scored a brilliant hattrick in Dortmund’s 6-1 win, English newspaper Daily Mail claims that Chelsea would be looking to test how truth the report is by lodging a transfer bid of €8m for the Polish star in the January transfer window. German newspaper Bild feels that the player is not keen to make a switch to England rather would prefer a move to Munich. 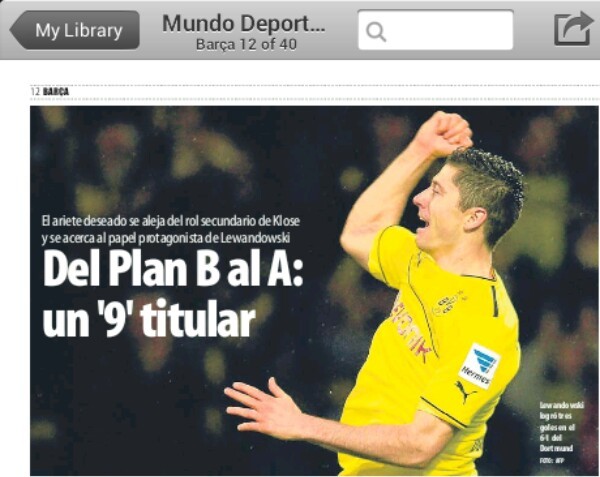 Meanwhile, in Spain, Barcelona are searching for a no 9 and coach Tata Martino could try for Lewandowski as well. In Mundo Deportivo, it is reported that the Catalan boss is looking to buy a striker who would fit into the no 9 role. At Barcelona, having a central focal point in the attack was just a Plan B option under Pep Guardiola and Tito Vilanova, but it seems like under the new management it could turn out to be the Plan A option as well.