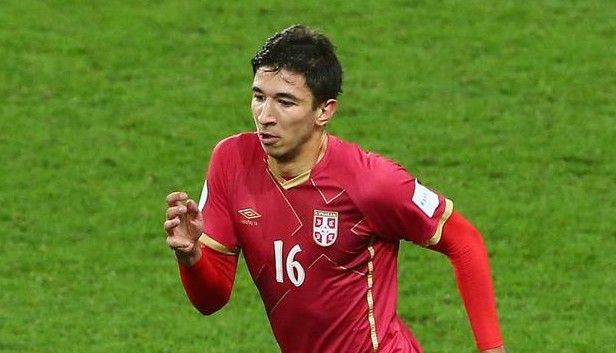 Chelsea have lodged a formal bid to sign the Serbian midfielder Marko Grujic, according to reports.

Italian newspaper Gazzetta dello Sport (via Sport Witness) has covered a report yesterday when they claimed Chelsea had made a formal bid for the 19-year-old midfielder.

Grujic has turned heads with his stellar performances for Red Star Belgrade this season. He is a product of the club’s youth academy and made his senior debut in 2013.

The highly talented youngster has a contract at the club till 2018, but the Belgrade side are battling hard to keep him with a host of European clubs are vying for his signature.

According to Serbian newspaper Vecernje Novosti, via Inside Football, Manchester United scouts have watched him on Friday when Serbia u-21 faced the Italy Under-21 side.

Gazzetta reports that Serie A club Inter Milan have also made a formal approach with a €2m bid, whereas, Chelsea have reportedly made a bid in the region of €4m, which make the Blues favourite to sign him.

Manchester United are also interested in the young midfielder but the Red Devils haven’t yet approached the club officially.