Chelsea boss Jose Mourinho claimed that he made 11 mistakes while picking his team, as the Blues suffered a shock 2-0 defeat at the hands of Alan Pardew’s Newcastle United. The Blues went into the match on the back of a nine-game unbeaten run in all competitions, but at St James’ Park on Saturday; they suffered their second away defeat of the season, following goals from Yoan Gouffran and Loic Remy. 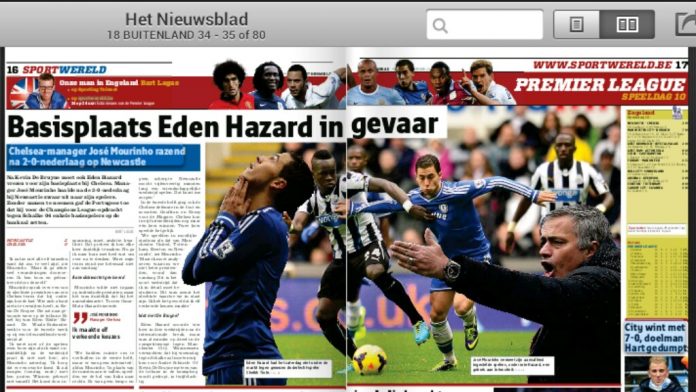 Ahead of Chelsea’s home game against German outfit Schalke 04, Mourinho said he would make changes, but not “11 changes because that would be too much, but changes for sure.”

“I don’t know my best team because we have this kind of performance.

“I know basically which is my best team but it depends on the way we perform because performances and results push you for decisions.”

Though Mourinho didn’t mention anybody’s name, but Belgian media are fearing that star midfielder Eden Hazard might get the axe, following his average performances in the last couple of matches.

Belgium newspaper Sport Wereld feels that although Hazard has scored four times in three games after the international break, but his performance was pretty average in recent matches and there could be a possibility that Andre Schurrle could replace him in the starting line-up on Wednesday.

Further, the newspaper speculated if Kevin De Bruyne, who has been largely relegated to the bench this season, will be called upon against the German outfit on Wednesday.

Chelsea have a better home record this season, winning all their league matches so far at Bridge, but it’s the away record that has been bothering the Portuguese. However, Mourinho’s side have lost at home in the Champions League this season already in the Match Day 1 against FC Basel.