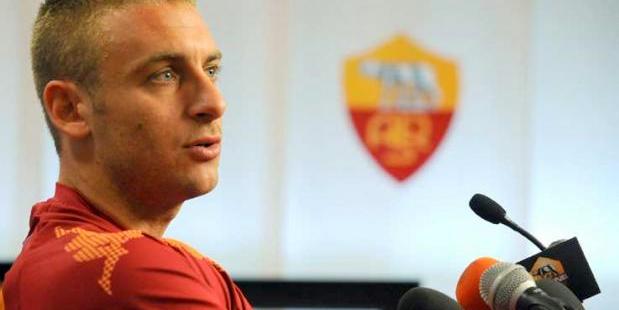 Former European champions, Chelsea are thought to be lining up an offer for the Roma midfield maestro Daniele de Rossi and are willing to go to any lengths in order to lure the Italian.

The Blues, who were initially confident that a £10 million bid would be enough to secure the Roma stalwart, now feel the offer won’t be enough to convince the Giallorossi to part ways with the club’s vice-captain.

Midfield has been one of the key areas of concern for Jose Mourinho, as a result of which, the Portuguese is willing up the bid by fifty per cent to secure De Rossi’s services.

Reports emerged that Premier League rivals Manchester City were also targeting a move for the highly talented midfielder, but it is understood that Manuel Pellegrini has set his sights elsewhere, leaving the door ajar for Chelsea to tie up the deal.

The 29-year-old, who can play both the roles of a defensive midfielder or a central defender, has always been a one-club player in his life. He has always voiced his commitment for his boyhood club, but at his age, this represents probably the final opportunity for him to make a big switch and earn some laurels in the process.

Chelsea have been scant in the defensive midfield department, with John Obi Mikel constantly linked with a move away from London and young Oriol Romeu looks likely to be sent back to his native land, albeit temporarily on a season-long-loan, to earn some first team experience.

It is reported that Mourinho has been given a transfer war-chest of £100 million and ‘The Happy One’ would be happily willing to dish out £15 million for the 84-cap holder Italy international.

Despite suggestions that Chelsea are paying over the odds for him, one must understand that sometimes quality defies the age and that you need to loosen the purse strings a bit further to land a proven player.