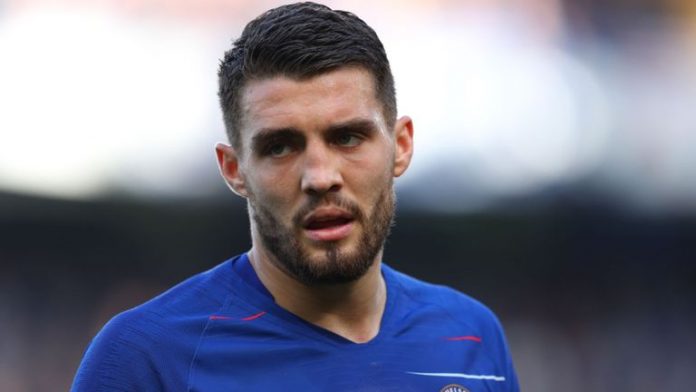 Chelsea are set to complete the permanent signing of Mateo Kovacic from Real Madrid.

Despite the club’s transfer ban, the midfielder can be signed because he is registered with the Blues following his loan spell last season.

The Premier League club must complete the deal by June 30, and journalist Gianluca Di Marzio has claimed Kovacic will move permanently to Stamford Bridge.

The departure of manager Maurizio Sarri had put the move in doubt, but it appears the club is keen to press ahead with the transfer.

‏The 25-year-old made 51 appearances for Chelsea in all competitions last season and ended the campaign by helping the club win the Europa League.

He played a starring role in the final as the Blues demolished Premier League rivals Arsenal 4-1 in Baku.

The Croatian international will undoubtedly be happy to leave Spain after making just 55 starts for Madrid since joining the club from Inter Milan in 2015.

He started just 10 league games in 2017/18 and was an unused substitute in Madrid’s Champions League victory over Liverpool.

Kovacic was part of Croatia’s squad at the 2018 World Cup in Russia, but started just one match and was left on the bench in both the semi-final and final.