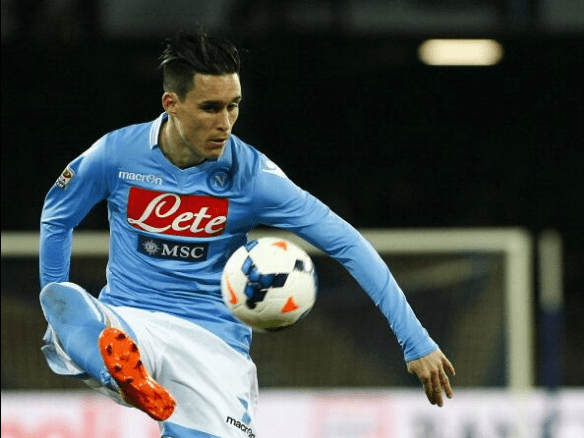 Chelsea are plotting a move an audacious move for Napoli forward Jose Callejon and are ready to offer €30m for his signature.

Callejon joined Napoli last season from Real Madrid for a reported fee of €9m, but his value has increased three times, after a brilliant first season at the Italian club. The 27-year-old has had a spectacular campaign under Rafa Benitez, where he bagged 15 goals and six assists to his name.

Chelsea’s transfer policy has taken a sea-change approach in order to comply with UEFA Financial Fair Play rules. Last season, they had signed three players (Matic, Zouma and Salah) and still made a profit, after selling Juan Mata and Kevin de Bruyne.

This summer they’ve already agreed to sell star defender David Luiz to PSG and Mourinho is looking to make the best use of transfer funds by adding one or two good players, and one of them could be Callejon, who played under him during the Portuguese’s time at Real Madrid.

Italian newspaper Corriere dello Sport reports, Chelsea and Manchester City are showing great interest in Callejon. However, the Italian club are in no mood of losing such an important player and won’t entertain any offer at the moment.

Spanish giants Atletico Madrid are also keen to sign him, with TMW reporting the Rojiblancos are planning a €18m move for him.