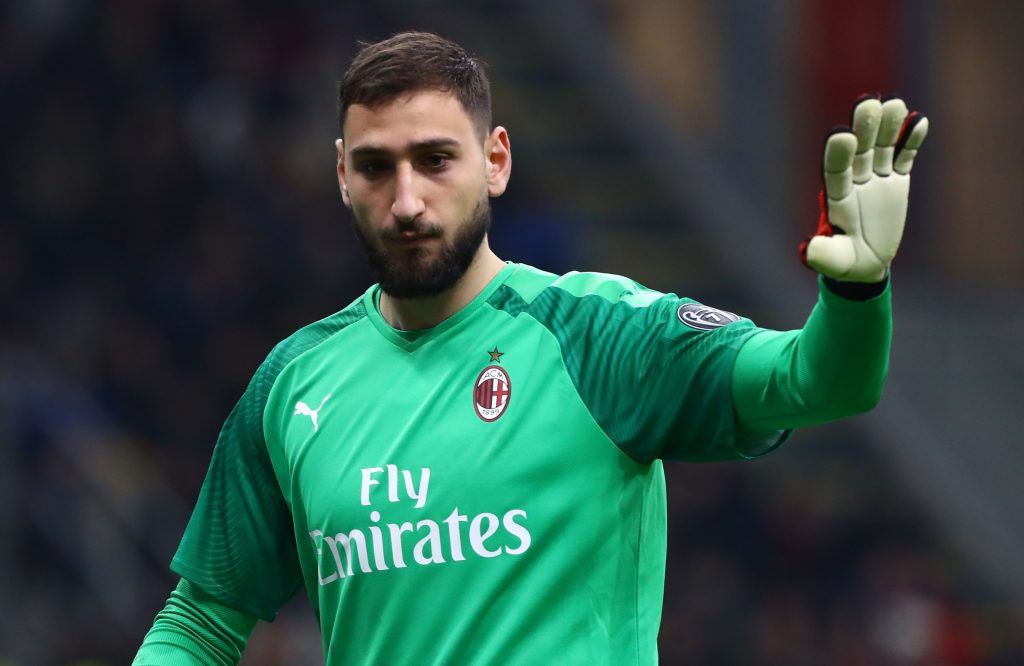 Chelsea have been given some encouragement in their pursuit of a top-class replacement for goalkeeper Kepa Arrizabalaga.

Italian football expert, David Amoyal, has claimed that AC Milan stopper Gianluigi Donnarumma would be interested in moving to the Premier League.

Donnarumma started his career with Milan in 2015 and has since gone on to make nearly 200 appearances for the club.

He made his senior international debut for Italy against France in 2016 and has now been capped 16 times by his country.

The 21-year-old has repeatedly been linked with a move to Stamford Bridge and Amoyal believes that Milan may be ready to sell him during the next transfer window.

“Donnarumma is very interesting because he has just one year left on his contract,” he told the CalcioLandPod podcast.

“He earns very big wages at a young age and I think he actually deserves his wages because he is a great keeper, but he’s rightfully going to want to be paid more.

“Milan is in a situation where they are actually trying to cut payroll and lower even more their top wages, plus Donnarumma would net Milan a huge profit. Donnarumma has no amortised value, so that would definitely help Milan if they could sell him for £50 or £60 million – maybe even more.

“I think PSG makes a good amount of sense because Leonardo’s there, and they obviously have an ‘in’ on the Italian market, but I think Donnarumma would be open to the Premier League.”