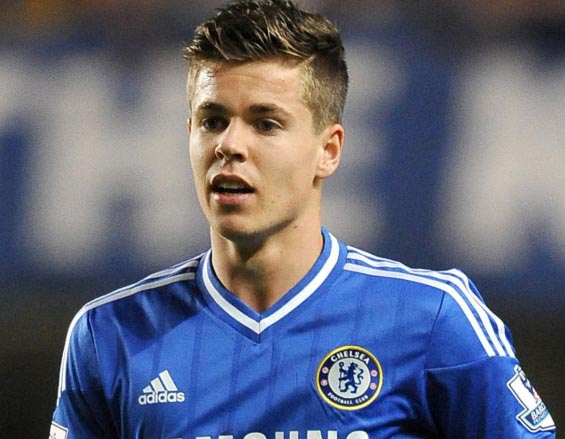 Chelsea midfielder Marco van Ginkel is set to cut short his loan spell with Stoke City and join the Dutch outfit PSV on loan for the remainder of the season.

Stoke City completed the signing of the highly-rated Porto midfielder Giannelli Imbula for a fee of £18.2m earlier today and the Premier League outfit are likely to play him ahead of the on-loan Chelsea player.

According to Daily Mail, Chelsea are looking to cancel his loan spell at Stoke and Marco van Ginkel is close to joining PSV Eindhoven.

The midfielder joined Stoke on a season-long loan from Chelsea last summer and has played 21 appearances for the Potters this season.

The 23-year-old midfielder is very highly rated by Chelsea, who want him to continue his development with regular first-team football. The Dutchman was sent out on loan to AC Milan last season.

The Londoners are unwilling to let him leave on a permanent transfer and will loan him out as the player feels his chances at Stoke will become limited after the arrival of Imbula.

The former Vitesse Arnhem midfielder joined Chelsea in 2013, at the age of 20. However, his progress stalled after a major injury two months after the move.

Marco van Ginkel suffered an anterior cruciate ligament in a League Cup game against Swindon and was ruled out for seven months.

Marco van Ginkel is a tenacious box-to-box midfielder with an excellent passing range and is expected to have a big future in the game.