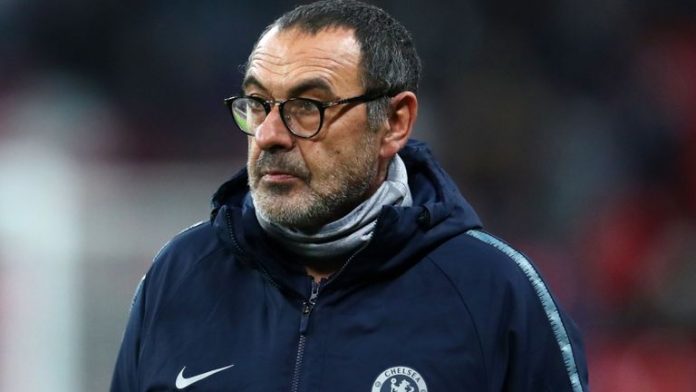 Chelsea face Malmo in the Europa League on Thursday desperately needing a positive result to lift the mood around the club.

The Blues head into the game with a 2-1 advantage, although Malmo’s late goal in the first leg has made things trickier than they needed to be.

Monday’s disappointing FA Cup defeat against Manchester United has cranked up the pressure on manager Maurizio Sarri and placed even more importance on the club’s Europa League campaign.

Chelsea were untroubled during the group stage, picking up 16 points from their six games.

However, Malmo booked their place in the last 32 with a victory at Besiktas and it would be foolish to write them off.

They caused Chelsea problems in the home leg, particularly from set pieces, but the Premier League side should progress to the next round.

This is the team that Maurizio Sarri has chosen for this evening's game! ?#CHEMAL pic.twitter.com/czaUZSLeLQ