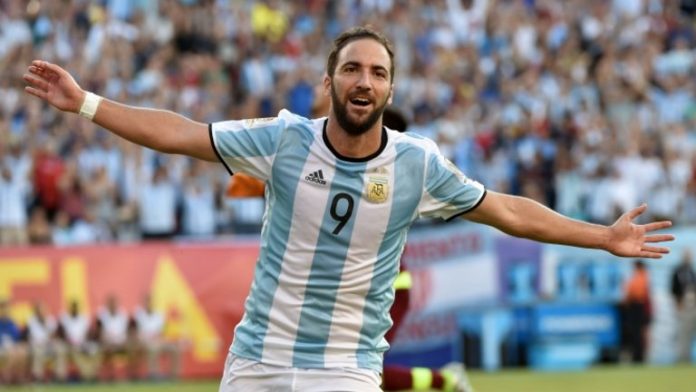 The 59-year-old is expected to take over at Stamford Bridge this week and Tuttosport claim he is keen to bring Higuain with him.

The Argentinian striker has a strong relationship with Sarri and enjoyed his best season under him at Napoli.

He started his career with Argentine club River Plate, before signing for Real Madrid in 2007.

Higuain scored 107 goals in 190 league appearances for Madrid, but was sold to Napoli in 2013.

His exploits during the 2015/16 campaign saw him equal Gino Rossetti’s 87-year-old record for goals in an Italian top-flight season.

Higuaín has been a full international for Argentina since 2009. He has represented his country at two World Cups and three Copa America tournaments, helping them to second-place finishes.

He will be part of Argentina’s squad at this summer’s World Cup in Russia.