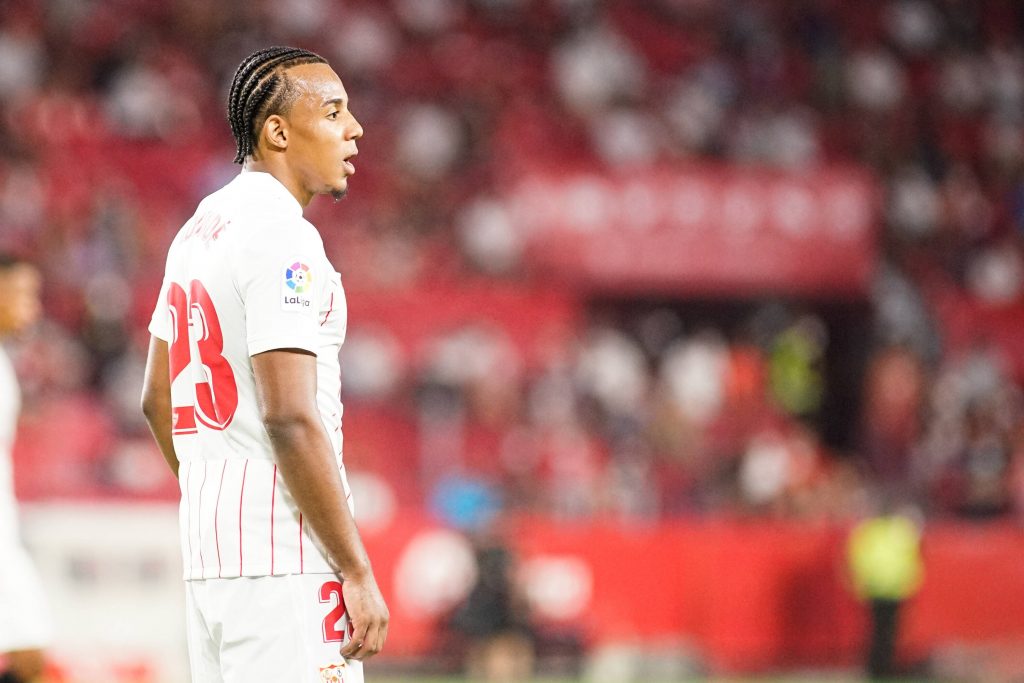 Chelsea are still interested in signing Jules Kounde from Sevilla.

Having secured a club-record £97.5 million deal for Romelu Lukaku from Inter Milan, the Champions League holders now want to bolster their defence.

According to The Telegraph, Chelsea are still tracking Kounde despite Trevoh Chalobah’s promising performances.

The 22-year-old was due to go out on loan, but manager Thomas Tuchel has insisted on keeping him at Stamford Bridge.

Chalobah delivered impressive performances against Villarreal in the UEFA Super Cup and Crystal Palace in the Premier League.

He will be hoping to keep his place against Arsenal on Sunday, and Chelsea will likely extend his contract.

However, the London club are still eyeing a top-class centre back.

Tuchel has admired Kounde for a long time, and he believes that the Frenchman would be the perfect defensive signing.

Chelsea want to sell a defender before making a firm bid for Kounde, with Kurt Zouma the most likely to be sold before the transfer window closes.

Tottenham Hotspur are amongst the clubs interested in Zouma, but they need to offload Davinson Sanchez before making a move.

Tuchel has been keen to strengthen the right side of his defence, and Kounde would be a superb acquisition if they can get the deal over the line.