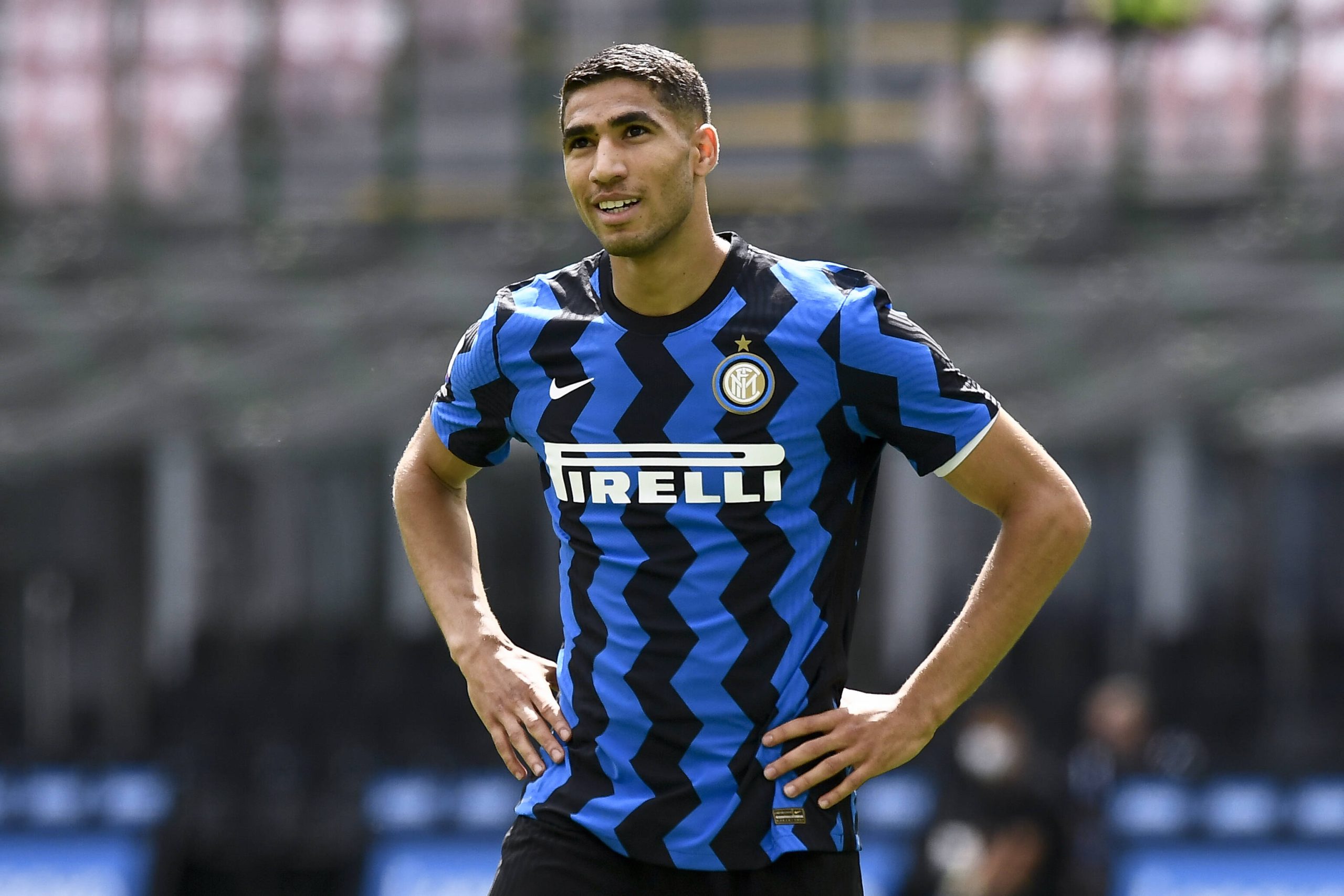 Inter Milan could be willing to offload Achraf Hakimi in the summer transfer window.

According to reports from Sky Sports, Inter may allow the 22-year-old to leave as they strive to cash in on at least one of their high-profile players.

Italian journalist Fabrizio Romano has claimed that Paris Saint-Germain are leading the race to sign Hakimi, who is valued at around £70 million.

PSG’s most recent offer for the dynamic midfielder was around £52m, but it is well below Inter’s valuation of the player.

Romano adds that European champions Chelsea are also in the race to sign Hakimi. The Blues are also keen to bring their former player Romelu Lukaku back at Stamford Bridge.

Paris Saint-Germain are still working to sign Achraf Hakimi from Inter. Price tag €80m, so PSG have to raise the bid. FC Bayern have not opened talks. 🇲🇦

Chelsea are interested in Hakimi but PSG are leading the race – also Adama Traoré in #CFC list, as @matt_law_dt reported. 🔵

If Hakimi leaves the club, it is unlikely that Inter will offload Lukaku in the same transfer window, which means Chelsea have to make their move wisely if they are serious about landing either player.

The Moroccan international joined Inter last summer from Real Madrid for an initial fee of £36m, having spent the previous two seasons on loan at Borussia Dortmund.

He would be a superb addition to the Blues squad under Thomas Tuchel, but they need to move quickly and come up with a better offer than PSG.