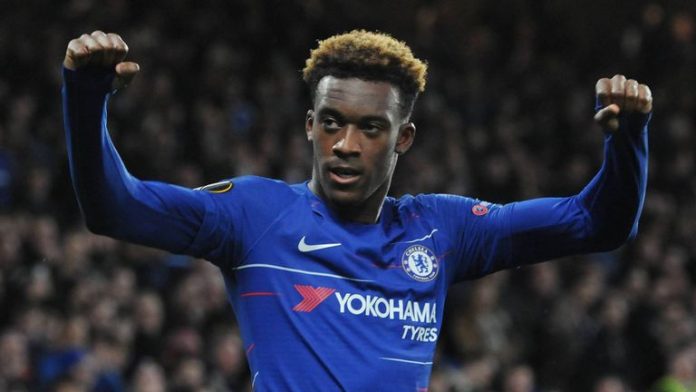 The 18-year-old has previously been linked with a move to Bayern Munich and rumours resurfaced earlier this week that the Bundesliga club were ready to submit a £20 million bid.

However, Sky Sports Germany says Chelsea’s stance on Hudson-Odoi has not changed and a move to Bayern this summer is “now unlikely”.

The German giants bid £35m for the youngster back in January, but Chelsea rejected the offer.

They were said to be considering a cut-price deal as the player battles back from injury.

The England international suffered a ruptured achilles tendon during a 2-2 draw against Burnley back in April and Bayern were hoping to cash in on his misfortune.

However, the club’s transfer ban means it is highly unlikely that a move for Hudson-Odoi would be sanctioned.

With manager Maurizio Sarri leaving the club, the forward’s chances of first-team football at Stamford Bridge are likely to be much improved.

Chelsea legend Frank Lampard is expected to be Sarri’s replacement as manager and the embargo on new signings will leave him needing to utilise the club’s most promising prospects next season.