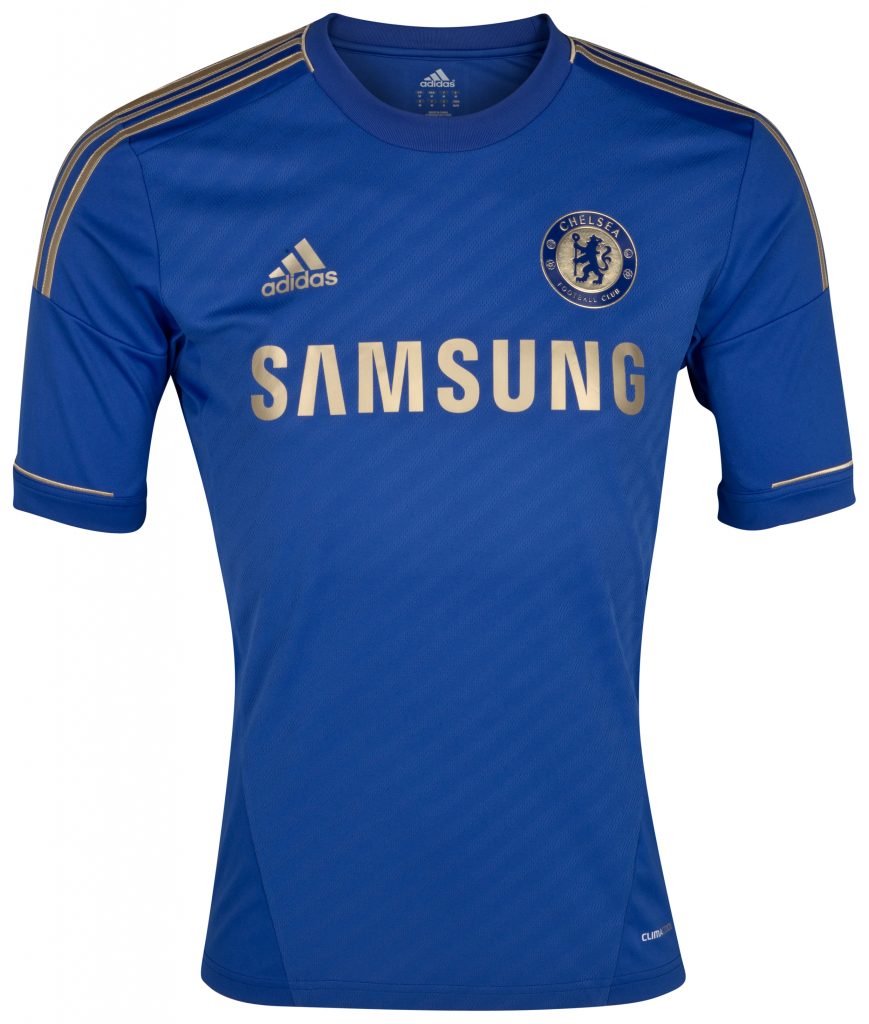 Adidas have revealed the new Chelsea home shirt for the 2012/2013 season. The major change in the Chelsea kit from previous years is the gold trim – according to adidas this is in celebration of the 2012 London Olympics (for which adidas launched their biggest UK campaign yet for Team GB earlier this month).

The new Chelsea FC home kit sees the adidas, Samsung and club crest all turned completely gold. This theme is reflected in the iconic three stripes across the shoulders and the ‘CFC’ motif seen on the rear of the neck. Subtle dark blue stripes also feature through the front of the shirt. The look is finished off with gold piping around the arms and neck. This design detail is repeated through the shorts and socks both of which feature golden three-stripes on Chelsea’s famous blue.

As before, the adidas Chelsea shirt uses Techfit and Climacool techonlogies to ensure peak performance and optimal temperature control during games.

Question is, will Chelsea color the Premier League badge in gold as well? Isn’t that something only the champions do?

The new Chelsea home kit will be available to buy on May 10th 2012 (expect Chelsea to be wearing it for their Premier League games in May) but can be pre-ordered online at the official Chelsea website. The official price is £55.