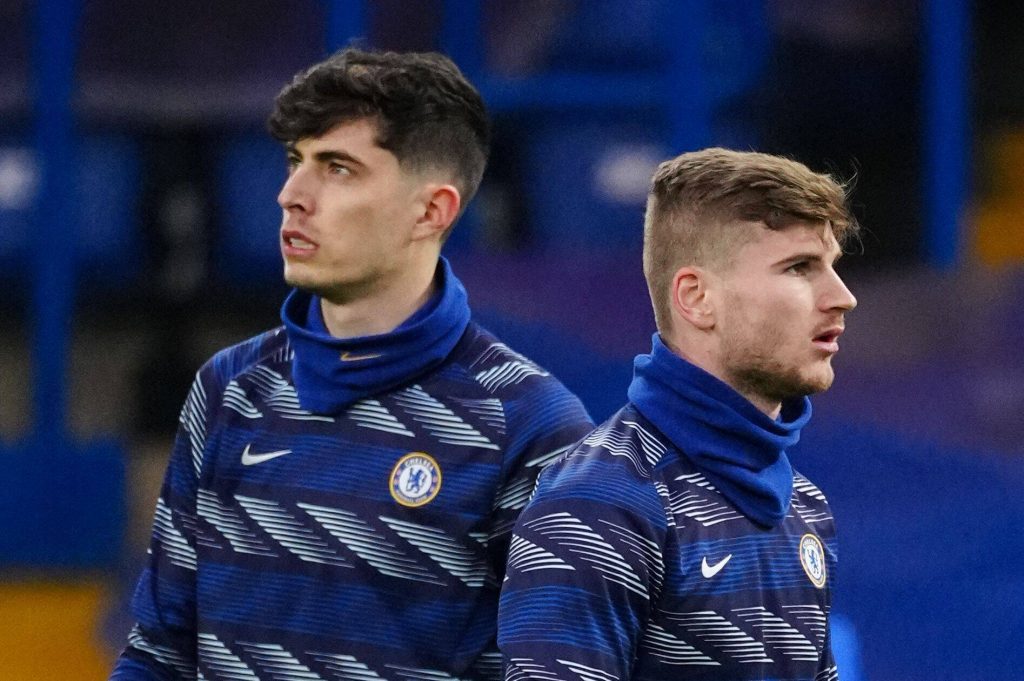 Former Chelsea star Mario Melchiot has claimed that Kai Havertz and Timo Werner are in danger of being shipped out of the club this summer.

The pair joined the Blues last summer having impressed in the Bundesliga, but they have struggled to live up to expectations to date.

Melchiot believes that Chelsea are unlikely to remain patient if the two German internationals fail to improve.

“I think shipping them out would be a little bit too harsh, but I definitely think Chelsea should consider it if they don’t start stepping up to the plate,” he told talkSPORT.

“If you are such a big team and you bring in two keys players to provide you with goals, and they don’t do that, of course you’re going to look elsewhere.

“That’s a key question Chelsea have to ask themselves – their form is really going to have to pick up.

“Playing well is great, and (Thomas) Tuchel said that Havertz played well against Everton and Liverpool, so he should not worry about it, but on the other hand he’s a striker, so you need him to score.”

While Werner and Havertz have not delivered what was expected when they first signed, it is too early to think about selling them.

Werner has looked much improved under Tuchel after initially struggling to make his mark in the Premier League.

Goals have still proved hard to come by, but there is plenty of time for the 25-year-old to increase his output.

Havertz has also had a troubled start at Chelsea, with injuries and COVID-19 not helping his cause. The 21-year-old recently admitted that he has found things tough this term.

However, he undoubtedly has the talent to be successful in England, and it would be a surprise if Chelsea gave up on him just yet.