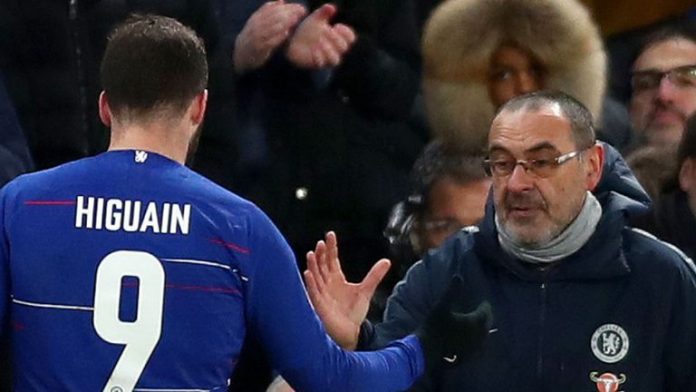 Chelsea will be able to secure the signing of striker Gonzalo Higuain this summer.

Italian media outlet Tuttosport has claimed that it “should not be a problem” for the Blues to acquire Higuain’s services on a permanent basis during the next transfer window.

Chelsea have been banned from registering new players until January 2020 for breaking rules over the signing of foreign under-18 players.

The Premier League club deny any wrongdoing and have appealed against the decision.

FIFA has denied measures which would see the transfer ban frozen during the appeal process.

Chelsea were charged after FIFA said it found breaches in 29 cases of 92 investigated, including that of striker Bertrand Traore, now at Lyon.

Despite this, Tuttosport says that Chelsea can complete a permanent move for Higuain, or a renewal of his loan, as this would not require a new registration on FIFA’s Transfer Matching System.

Higuain has made eight appearances for Chelsea in all competitions, scoring three goals.