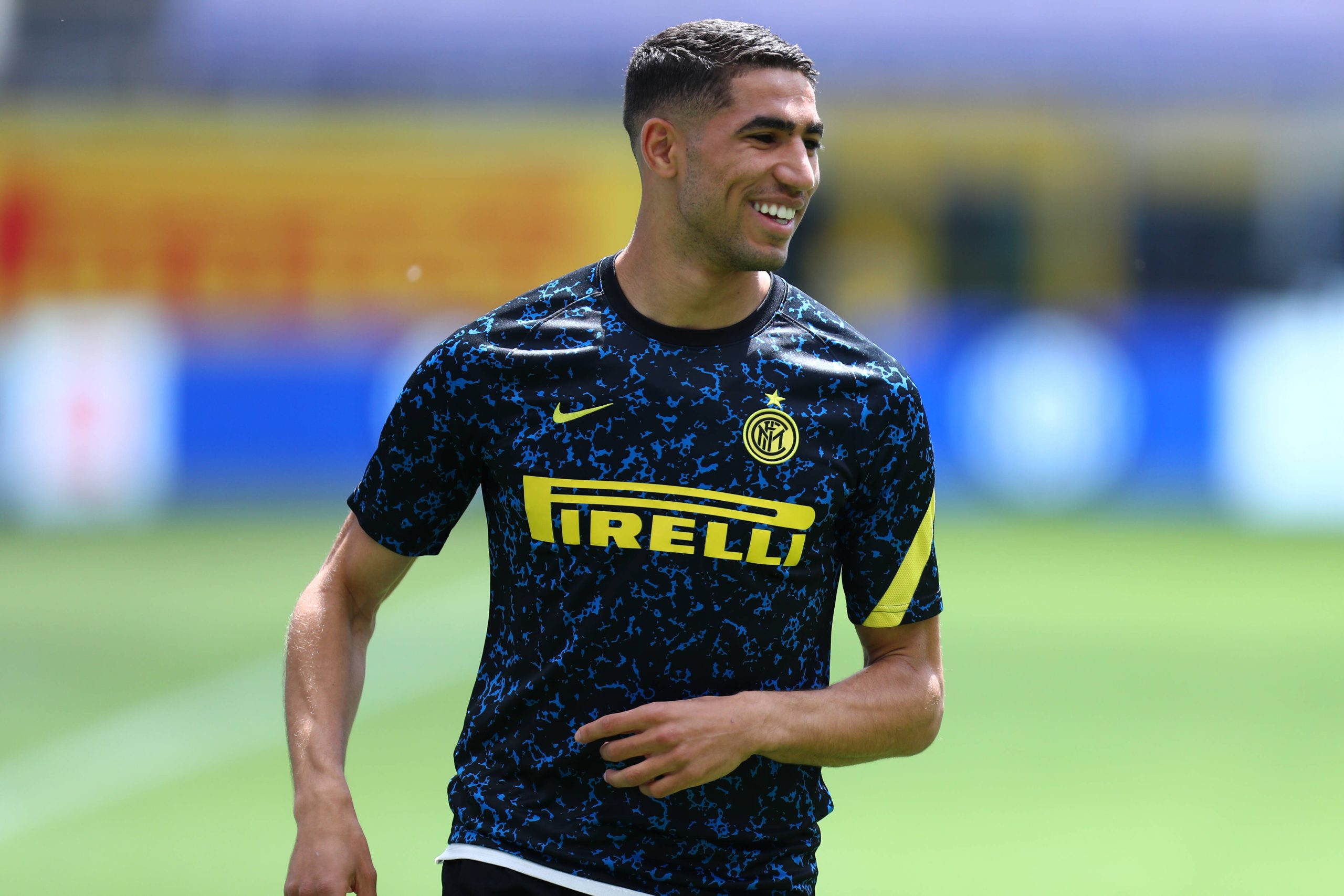 Chelsea have moved ahead of Paris Saint-Germain in the race to sign Inter Milan defender Achraf Hakimi this summer, Football Insider claims.

Les Parisiens recently made a £56.1 million (€65m) bid for the Moroccan, but the offer was quickly matched by the European champions.

Both bids have fallen short of Inter’s £68.8m (€80m) valuation, but it is reported that the Blues have the edge over Les Parisiens.

The club have already agreed terms with Hakimi through his agent and believe they can offer players in part-exchange.

Inter need to balance their books by June 30. It is claimed that the Blues could also negotiate separate player deals with them.

Hakimi had a superb debut campaign for Inter, registering seven goals and 11 assists from 45 appearances in the right wing-back role.

Reece James and Cesar Azpilicueta have occupied the position for the Blues, but the latter could be phased out over the next year or so.

Meanwhile, James impressed on the right side of a back three in the final weeks of last season, and it could be a role for him in the future.

Blues boss Thomas Tuchel preferred a double-six formation (4-2-2-2) at Les Parisiens, but he reverted to a 3-4-3 set-up with the west London giants.

The move worked with great effect as they finished in the top four, reached the FA Cup final and celebrated Champions League glory after nine years.

The club’s pursuit of Hakimi indicates that Tuchel is prepared to stick with the same formation as they look to challenge for the league title next term.

Emerson Palmieri has been a long-term target for Inter and has continued to be linked with them despite the recent departure of manager Antonio Conte.

The Italy international could be offered as a makeweight or in a separate deal (financial reasons) to lower the overall valuation of Hakimi.