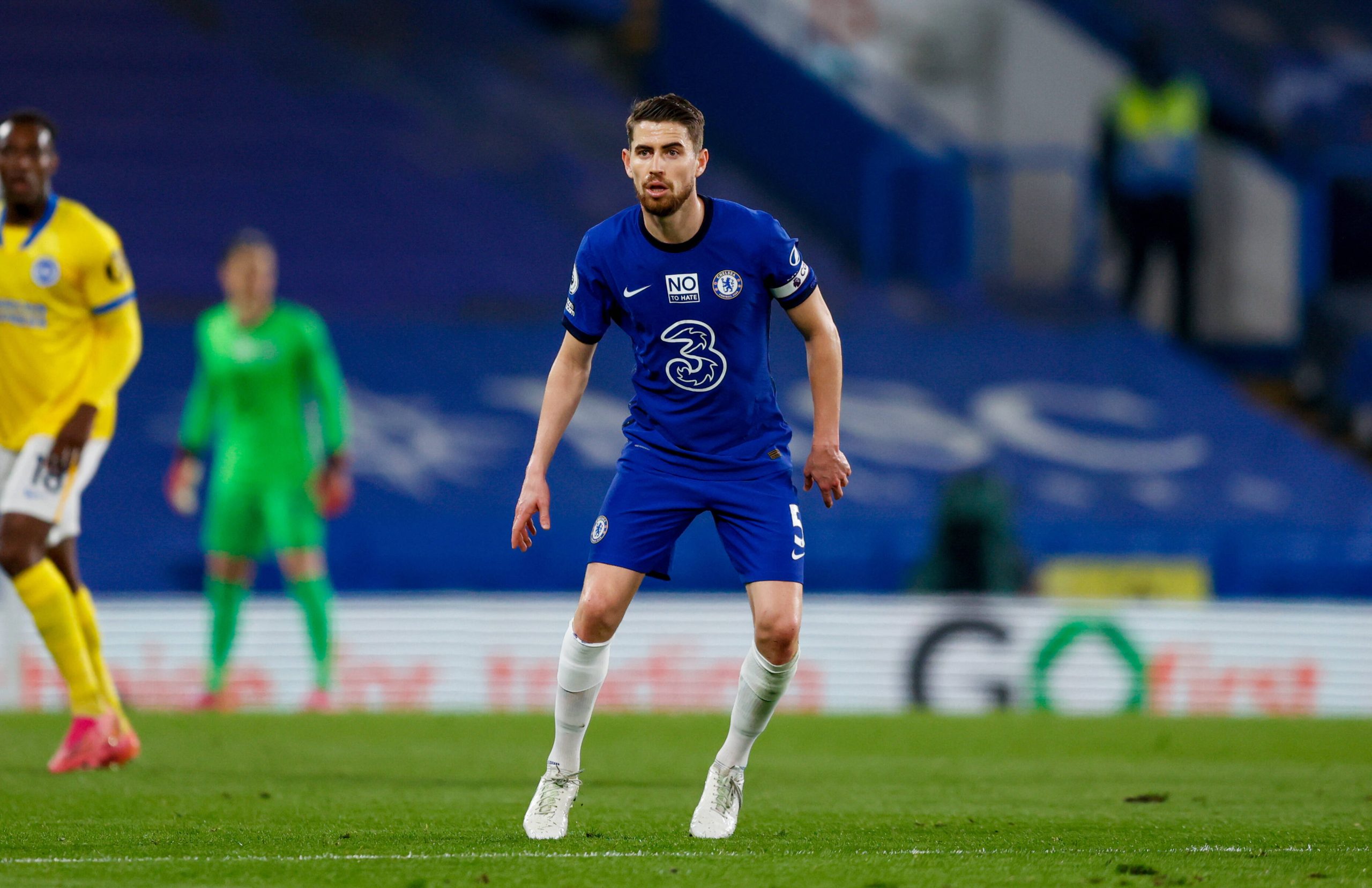 A selection of Chelsea fans on Twitter reacted positively to the performance of Jorginho during the club’s 0-0 draw against Brighton & Hove Albion in the Premier League on Tuesday.

The Blues moved to the fourth spot in the table above West Ham United on goal difference, but they will be disappointed with the goalless stalemate.

There were no standout performances, but Jorginho had another solid game with three tackles, four interceptions, one clearance and one blocked shot.

He finished the match with a pass success rate of 94 percent and also produced a sublime bit of skill to ward off the challenge from two Brighton players.

Some of the Blues’ faithful were impressed with the midfielder’s display, and here are a few reactions on Twitter.

I think Jorginho is the only one who’s done something useful tonight.

Jorginho what did you just do with those Brighton players ?😭😭 tekkerz

Jorginho the only Midfielder on the pitch today. He must be missing Kovacic.

Jorginho was the subject of criticism from some fans earlier this month, where he produced a poor display in the 5-2 humbling at the hands of West Bromwich Albion.

He has since been one of the best performing players for the Blues and had another impressive game in the centre of the park.

The Italian was paired alongside Mason Mount in midfield, with Thomas Tuchel opting to rest N’Golo Kante, owing to his recent injury record.

Kante should feature alongside Jorginho on Saturday, where they have a crucial London derby against West Ham United at the London Stadium.

A victory for either side would put them in a good position to finish in the top four at the end of the campaign.

Read: Chelsea step up their interest in signing this Champions League winner.