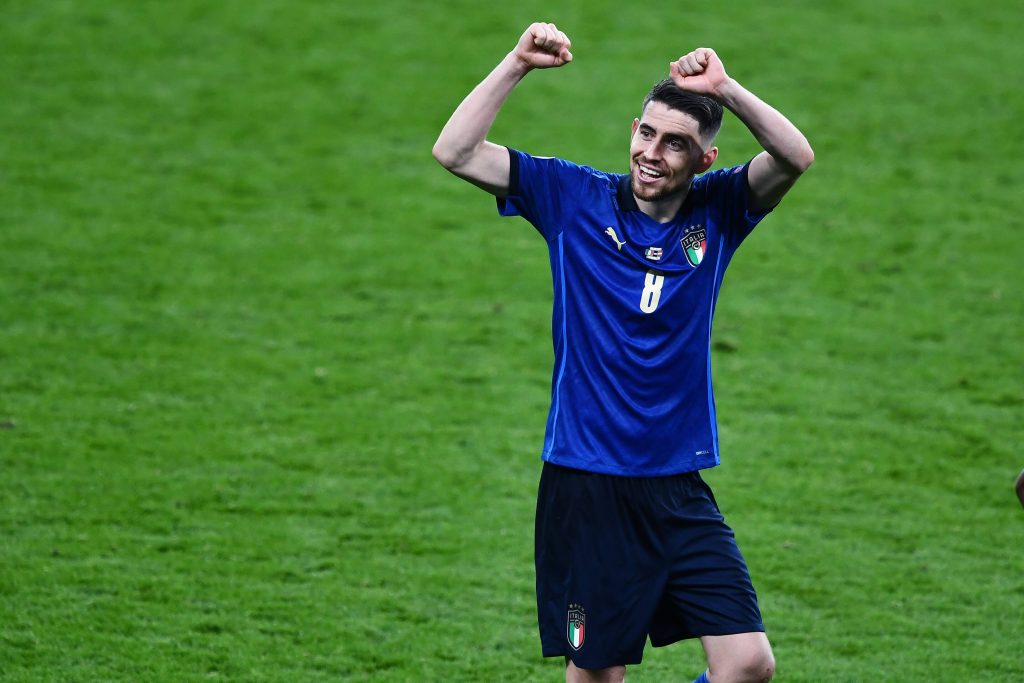 A selection of Chelsea fans on Twitter heaped praise on midfielder Jorginho after his sublime midfield display during Italy’s 2-1 win over Belgium at Euro 2020.

The Azzurri booked their spot in the last four of the tournament on Friday with goals from Nicolo Barella and Lorenzo Insigne. Romelu Lukaku scored from the spot for Belgium.

Jorginho was one of the many standout performers for the Azzurri on the night. He was splendid with his distribution, with 71 of his 72 attempted passes completed.

Some of the Blues supporters were delighted with his near-flawless performance for the national team, and here are a few reactions on Twitter.

The last time Jorginho lost a game with Italy was in 2018 vs Portugal.

Jorginho at the heart of Italy’s great tournament run. Deserves nothing but respect.. pic.twitter.com/HZqVoGdIgl

Another big performance from Jorginho against the #1 team in the world. People need to start putting some more respect on his name, what a player. pic.twitter.com/85repo0Dr6

Jorginho FC continues to thrive, happy for him pic.twitter.com/pR6dTAhxx3

Jorginho dropped yet another technical masterclass. I’m telling you right now, no midfielder’s coming to Chelsea to replace/bench him. He will be playing predominantly and the new midfielder will fill in when necessary. TT knows how invaluable Jorginho is!!

Jorginho, who is valued at €40 million by Transfermarkt, has been the subject of criticism from some Blues supporters over the past few years.

He stepped up under manager Thomas Tuchel during the back end of last season, combining splendidly with N’Golo Kante en route to Champions League glory.

Jorginho is now regarded as an undisputed starter for the Blues. He is currently playing a key role for Italy, who are chasing their first European title since 1968.

The midfielder has two years remaining on his Blues contract. Judging by his form this year, the club’s hierarchy need to quickly tie him down to a new long-term deal.