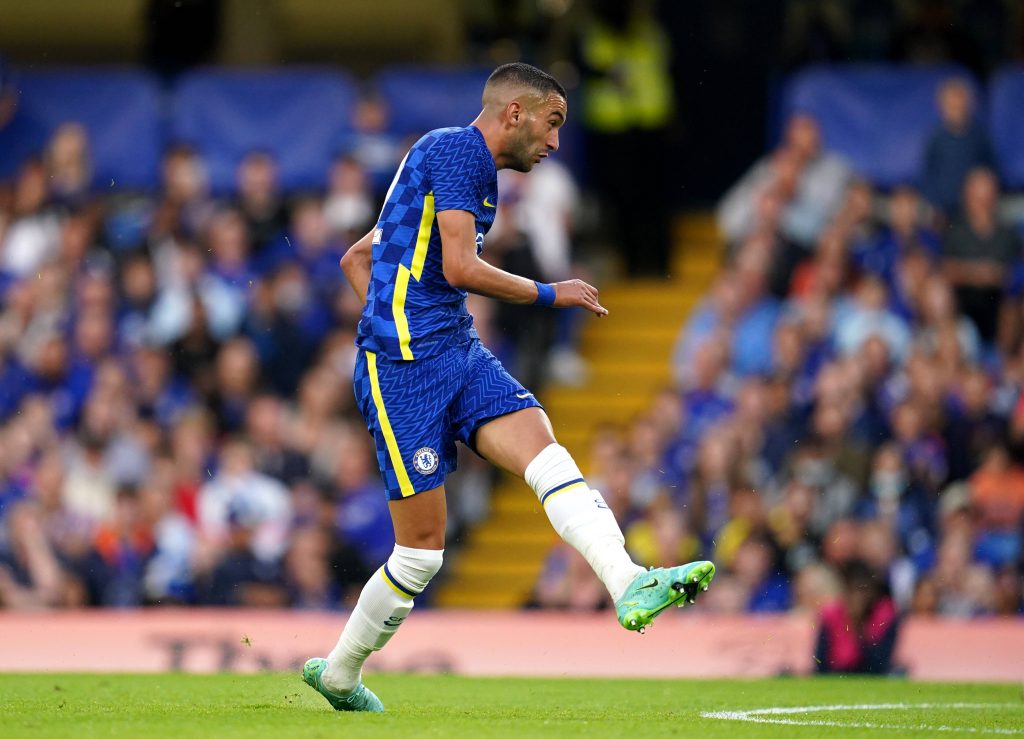 A selection of Chelsea fans on Twitter heaped praise on Hakim Ziyech after his brace against Tottenham Hotspur in a pre-season friendly last night.

Ziyech had a disappointing outing against Arsenal last weekend where he was guilty of missing chances, including a clear-cut goal in the second half.

He made amends with a strong display against Spurs. He opened the scoring in the 16th minute with a low and powerful shot from outside the box.

Shortly after the break, he doubled the Blues’ advantage. The Moroccan had a single touch before unleashing a shot across the goal to beat Pierluigi Gollini.

Spurs made a comeback with Lucas Moura and Steven Bergwijn levelling the scores, but the Blues should have been 3-0 ahead at Stamford Bridge.

On either side of Ziyech’s brace, Timo Werner was decided a goal by the assistant referee after he was incorrectly deemed offside. No VAR was in place.

The result did not matter much. Some Blues fans were excited for Ziyech, who has had a positive pre-season and looks in fine shape for the new campaign.

We still lack that final touch, but Omg Ziyech is on fire this Season pic.twitter.com/JmaE0C7YHk

Every goal scored against Spurs is a fantastic goal. But that from Ziyech is extraordinary!

Ziyech looked really sharp and clinical in the game tonight. Let’s hope he can keep the form up and take it into next season with him 🧙🏻‍♂️ pic.twitter.com/34YXwrPzPU

Μan. Ziyech is a MAGICIAN. I feel like a proud dad rn ahhh

Ziyech had a tough debut season for the Blues last term, registering just six goals and four assists from 39 appearances across all competitions.

There has been speculation linking him with AC Milan, but nothing has materialised so far. He looks set to stay with the west London giants.

Thomas Tuchel has favoured Timo Werner, Kai Havertz and Mason Mount as his preferred attacking trio, but Ziyech will hope to push for regular starts.