Chelsea defender Branislav Ivanovic has been linked with a move to PSG this summer, with the mega-rich Ligue 1 side keen to snatch the Serbian away before he signs a new contract with the Blues. 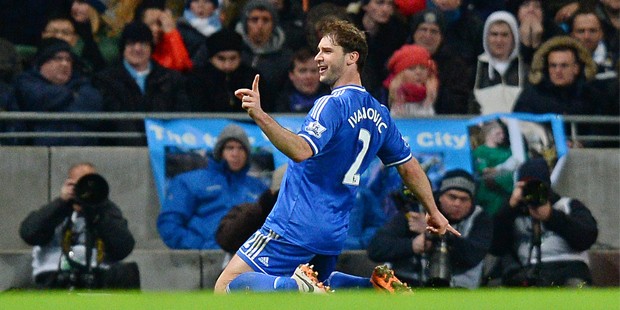 According to the Daily Mail, while Chelsea have no intention of letting their versatile defender leave, PSG remain very interested in Ivanovic, and will watch intently as contract negotiations play out over an extension to his deal in West London.

Jose Mourinho is said to be a huge admirer of the Serbian captain, who turned 30 last month, and it is believed that Ivanovic himself is very comfortable in the English capital.

While early negotiations have opened between Chelsea and Ivanovic, report the Mail, PSG will continue to hover nearby, and are ready to swoop in if talks go awry.

Not a man to be messed with, by the admission of plenty of his teammates and opponents, Branislav is a clear fans favourite at the Bridge. His winning goal in last year’s Europa League final further cemented this, with the powerful defender always one to pop up with a goal.

What do you think? Is Ivanovic a crucial part to this Chelsea side? Let me know in the comments below…