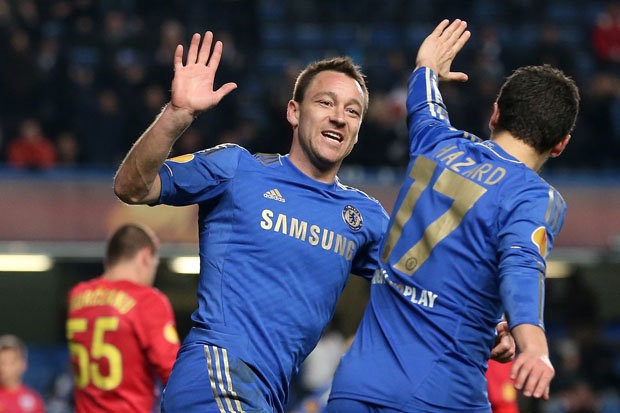 PFA announced their Premier League team of the year ahead of today’s awards ceremony.

Congratulations to the Barclays @PremierLeague PFA Team of the Year! #PFAawards pic.twitter.com/OL4VulUv7T

League leaders Chelsea have six players in the side with one representative from Arsenal, Liverpool and Manchester United each.

Chelsea defenders, Ivanovic, Terry and Cahill were joined by Hazard, Matic and Costa in the team of the year. Alongside Matic is Liverpool’s Brazilian midfielder Phillippe Coutinho, who has been a bright spark in an otherwise dull season for the Reds.

Furthermore, Manchester United keeper David De Gea takes up his position in between the sticks following a world class season that helped the Red Devils make a return to the Champions League.

Arsenal’s Alexis Sanchez has been one of the best players in the league this season and is rightly in the team of the year. The Chilean has been the best player at Emirates since his big money move from Barcelona.

Other entries include Ryan Bertrand and Harry Kane.

Kane’s inclusion is no surprise as the England forward has been in the headlines for most parts of this season due to his blockbuster performances.

The PFA will also announce their teams of the year for the Championship, League One, League Two and Women’s Super League over the course of Sunday afternoon.