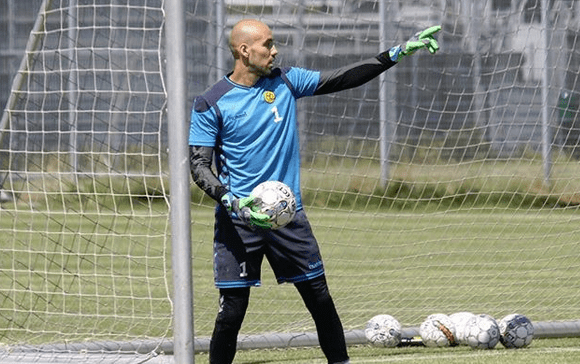 Chelsea goalkeeper Matej Delac has confirmed his departure from Stamford Bridge this summer. The 25-year-old has sealed a move to AC Horsens of the Danish Superliga. He was the Blues’ longest-serving player after joining from Inter Zapresic in 2010 but has finally sealed an exit after failing to make a single first-team appearance.

Delac spent the majority of his time as a Chelsea player being loaned out to a host of other clubs – Vitesse, SK Dynamo Ceske Budejovice, Vitória Guimarães SC, Zapresic, Vojvodina, FK Sarajevo, AC Arles and Mouscron. He’ll have been forgotten by a lot of supporters but only had nice things to say after announcing his exit.

The shot-stopper said on Instagram: “It has been an honour and a privilege to be part of (the) Chelsea family for 8 years. I wish to thank you all in the Club for making me a better man and a better goalkeeper. 01.07.2018. I’m officially a new player of AC Horsens and hope to have a great time in Denmark”.

Signed as a 17-year-old, big things will have been expected of Delac at the time of his arrival. He had already been called up to the Croatia national team and had one of the Premier Leagues best-ever goalkeepers to learn from – Petr Cech. However, a combination of work permit issues and stiff competition for places contributed to him failing to make waves in the first-team.

Despite not making a competitive appearance in his eight years in London, Delac believes he’s a better player regardless. He’ll now ply his trade in Denmark, so time will tell if he can realise his potential from his teenage years.