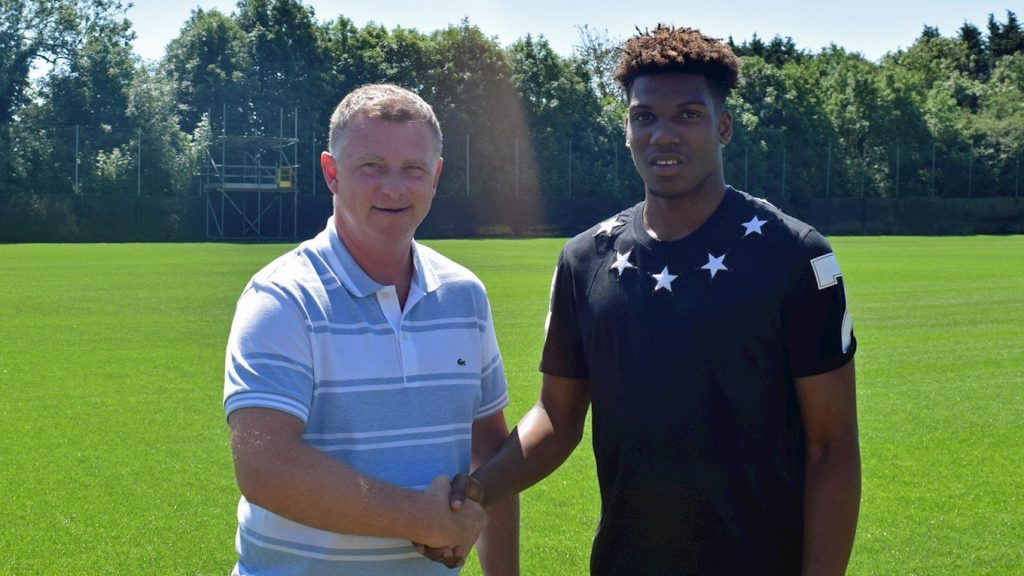 Chelsea confirm Dujon Sterling has joined League One side Coventry City on a season-long loan. The Blues are having an exodus this summer, with Reece James recently joining Wigan Athletic on loan and Nathan Baxter spending next season with Yeovil Town.

As for Sterling, the highly-rated defender was named in the Team of the Tournament as England’s u19s won the European Championships. He’s also won the FA Youth Cup and UEFA Youth League with Chelsea and has a bright future ahead of him.

In addition to the two appearances, he made the matchday squad on a number of occasions, so it’s clear the London club rate him highly. In November, Chelsea tied Sterling down to a long-term deal until 2022, but as regular first-team opportunities won’t come Sterling’s way next season, he’s moving out on loan to get competitive football at Coventry.

“Excited to announce I have joined Coventry City on loan for the season!! I would like to thank the Gaffer in particular for such a warm welcome. I can’t wait for the games to begin and to help take this massive club closer to where it belongs,” Sterling said on Twitter.

The right-back, who has racked up 20 appearances for the England u19s, has made 76 appearances for Chelsea at youth level – 22 for the u18s, 14 for the u19s and 40 for the u23s. That he’s played so much reserve team football highlights the speed of his development at a young age.

If he can feature heavily at Coventry, Sterling has a chance of being in and around the Chelsea first-team in 2019/20.