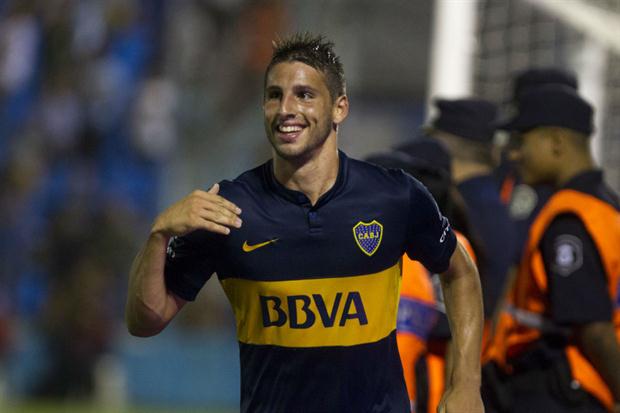 At some point of time during the summer transfer window, it seemed like Argentine striker Jonathan Calleri would be heading towards Italy.

Inter Milan and Palermo were heavily interested in signing him, but as it stands now, the 22-year-old Boca Juniors striker is heading towards Premier League instead with Chelsea.

Few days back, L’Equipe reported that Chelsea had agreed to pay in the region of £6m for the Argentine striker.

Although the deal is far from being done, several reports suggest that Chelsea are close to completing the deal.

Reputed journalist Fabrizio Romano claims that Chelsea are in talks at the moment to sign the Argentine. And the striker is expected to arrive in January and then possibly return on loan to Boca.

#Chelsea is in talks for Jonathan #Calleri, good young striker of Boca Juniors (1993). He can arrive on january and then possible loan. #CFC

Calleri fits Chelsea’s striker bill perfectly – he is fast, skilful and lethal. He has scored 10 goals in 26 appearances this season, and has shown great maturity beyond his years.

Chelsea have struggled badly in front of goals with the likes of Eden Hazard and Diego Costa failing to recapture their last season’s form.

Costa scored against Norwich on Saturday as Chelsea returned to winning ways, but it’s the lack of consistency from supporting strikers like Falcao or Remy, which remains a big worry for manager Jose Mourinho.