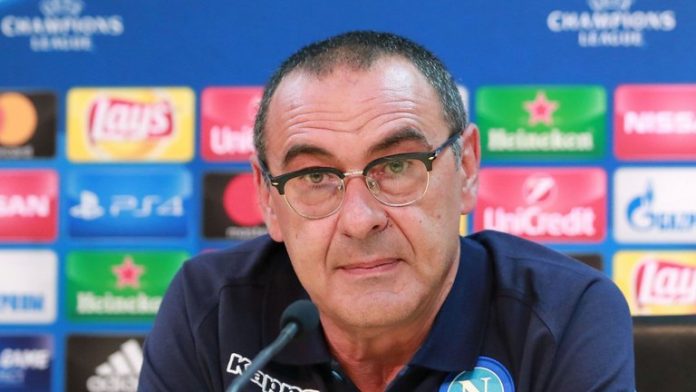 Chelsea are close to appointing Maurizio Sarri as their next manager.

Antonio Conte is expected to leave the club after a poor season and the Napoli boss is a priority target for the Blues.

Chelsea have been linked with Laurent Blanc as well.

As per the report, Sarri’s camp are now confident of completing a deal with Chelsea. However, the negotiations are not complete yet.

Sarri is still contracted to Napoli and the Italians are demanding a premium for his services. Chelsea are hoping to agree on a knockdown price and Macedonian agent Fali Ramadani will speak to Napoli in order to smoothen the process.

The Napoli boss has already identified targets for Chelsea and he will make a move for them once he takes over.

Belgian forward Dries Mertens is a target for Sarri. He has a release clause of £28m and he could be a superb signing for Chelsea next season.

They are in need of some pace and flair down the right-hand side and Mertens would be ideal.