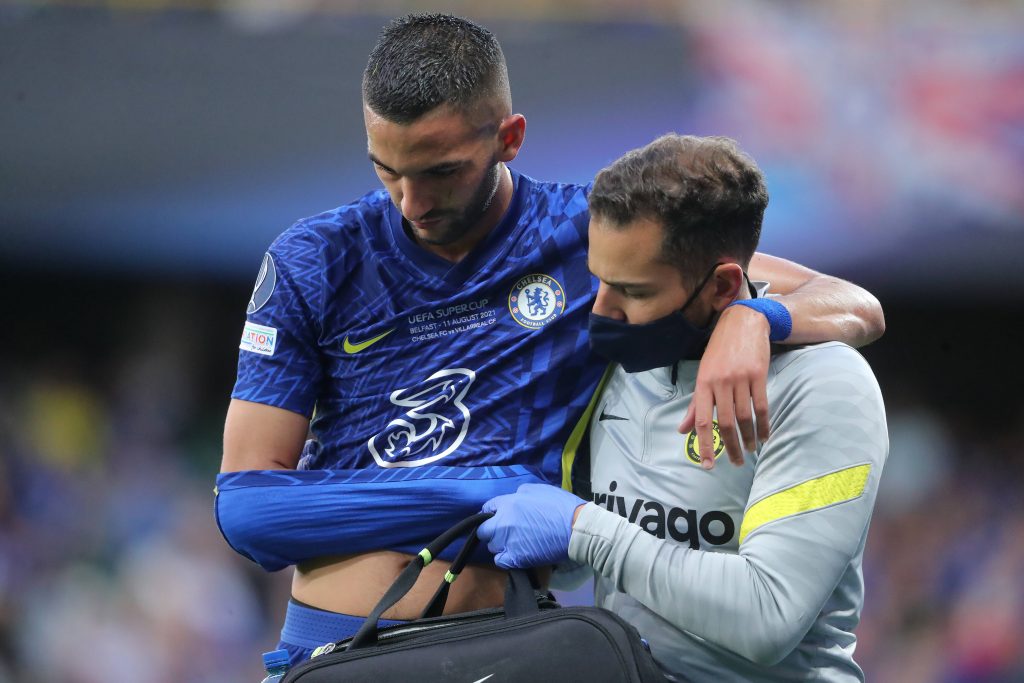 The European champions won the game via a penalty shoot-out after a 1-1 draw. It was Ziyech that gave them the lead in the 27th minute.

Unfortunately, he was substituted minutes before the half-time interval after it appeared that he dislocated his right shoulder with minimal contact.

Speaking after the game, Tuchel confirmed that the setback is ‘serious’ and acknowledged his disappointment as the Moroccan was in fine form recently.

He told Chelseafc.com: “If you take a player out during the first half, it is serious. It was unfortunate because he has been a very decisive player in the last games.”

Ziyech had a disappointing debut campaign for the Blues, registering just six goals and four assists from 39 appearances across all competitions.

His pre-season form was glowing with several goal contributions. He started the campaign in a superb fashion by finding the back of the net last night.

He could now be on the sidelines for around a month. It is a huge blow for the £100,000-a-week attacker, who has yet to cement a starting spot.

The west London giants have options in the squad to fill the void. Mason Mount and Christian Pulisic were among those on the substitutes’ bench.

The Blues have yet to make a high profile signing this summer, but they are expected to announce Romelu Lukaku’s arrival from Inter Milan in the next 24 hours.

Chelsea start their Premier League campaign against Crystal Palace at home on Saturday.