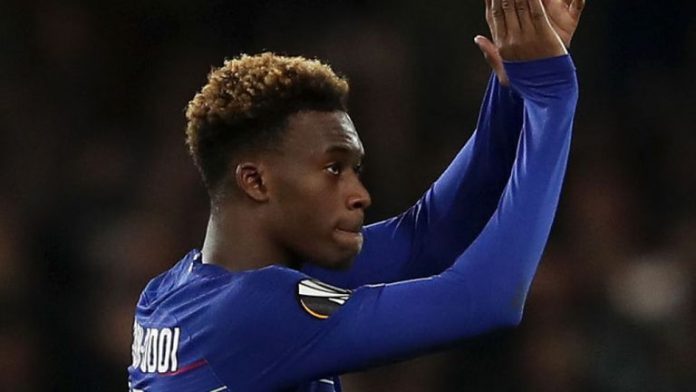 Chelsea star Callum Hudson-Odoi has handed in a transfer request in a bid to force through a move to Bayern Munich.

The Bundesliga club have made four bids for the 18-year-old, but Chelsea are yet to respond to their latest £35 million offer.

According to Sky Sports, Hudson-Odoi has grown impatient and is eager to seal a switch to the Bundesliga.

The winger has made just three substitute appearances in the Premier League this season, playing 63 minutes.

Hudson-Odoi is keen to follow the example of young English wingers Jadon Sancho and Reiss Nelson who have thrived in Germany’s top flight.

Sancho has been a huge success with Borussia Dortmund, while Nelson has shone on loan at Hoffenheim.

Chelsea do not want to lose Hudson-Odoi and have offered him a new deal, worth around £80,000 a week.

They expect him to be a first-team regular soon and have argued that competition for places will be as tough at Bayern.

However, with Arjen Robben and Franck Ribery leaving in the summer, Hudson-Odoi sees an opportunity to establish himself in Bayern’s first-team.