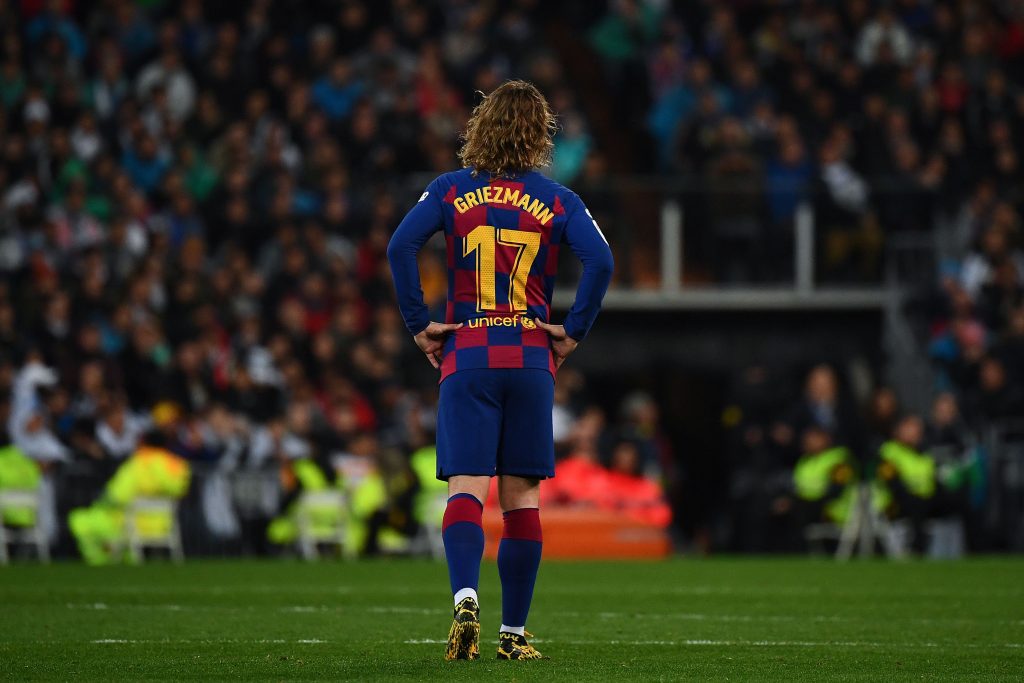 The news that Barcelona will listen to offers for Antoine Griezmann sparked plenty of speculation about where the forward will end up.

Manchester United and Paris Saint-Germain were inevitably tipped as possible destinations, while Inter Milan and Arsenal (amusingly) were also thrown into the mix.

Chelsea are also believed to be monitoring the situation and a move to Stamford Bridge would make perfect sense for both the club and player.

Griezmann has struggled to make his mark at Barcelona, with his cause not being helped by being played out of position.

The 29-year-old hasn’t endeared himself to his teammates or the club’s fans with his narcissistic tendencies, meaning a parting of the ways is probably best for all concerned.

Signing for Barca was always likely to be fraught with danger for Griezmann and how things have panned out comes as no surprise.

He thrives in the number 10 role, but was never going to be handed the opportunity to play there with Lionel Messi in the mix.

However, with Chelsea in dire need of improving their forward options a move for Griezmann should be high on their list of priorities this summer.

The French forward could fit seamlessly into a 4-2-3-1 formation and give the Blues the sprinkle of stardust they have lacked this season.

With Griezmann in their ranks Chelsea’s forward options would be much improved and he is undoubtedly a risk worth taking by the Blues this summer.