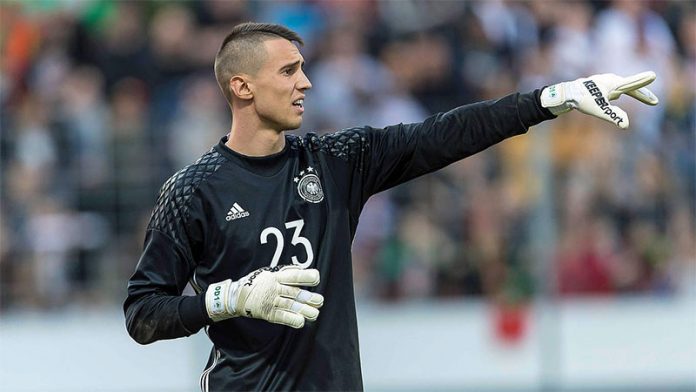 According to Portuguese outlet Record, Chelsea and Arsenal are interested in Odisseas Vlachodimos. The Benfica goalkeeper is being monitored by the Premier League duo and had been linked with Manchester United – Jose Mourinho has reportedly made a decision not to sign the shot-stopper, however.

Vlachodimos joined Benfica from Panathinaikos in the summer and has gone on to make 10 appearances in all competitions. The 24-year-old, who has made one appearance for Germany at u21 level, signed a five-year deal for the Portuguese Primeira Liga outfit so he may not be open to another transfer.

Chelsea have Kepa Arrizabalaga, Willy Caballero and Rob Green as first-team options between the sticks, but only Kepa has a long-term future. Caballero and Green are 36 and 38 respectively so their interest in Vlachodimos makes sense. Arsenal have a similar predicament also, with the 36-year-old Petr Cech being out of contract next summer and being in need of replacement.

New signing Bernd Leno is likely to be Arsenal’s first-choice between the sticks after Cech, but Vlachodimos could be a secondary option in the future. Record say 18 clubs have monitored his progress at Benfica so there’s a lot of competition to procure his signature.