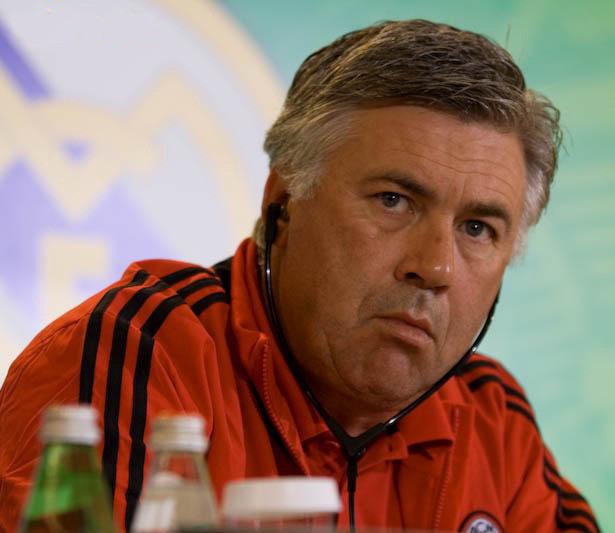 Chelsea are willing to replace their under fire manager Jose Mourinho with Carlo Ancelotti but the former Real Madrid boss wants a move to Bayern Munich or Manchester United.

It is understood that Ancelotti and Roman Abramovich are in good terms and the Italian could return to Stamford Bridge if Jose Mourinho is sacked before the end of the season.

Carlo Ancelotti is a Champions League icon after having won the trophy thrice in his managerial career and the elite coach is in demand at the moment.

Marca have claimed that Carlo Ancelotti is Chelsea’s number one target if Mourinho is sent packing but they have also mentioned that the Italian would prefer other clubs ahead of the Premier League champions.

Bayern Munich and Manchester United could be soon without a manager when Van Gaal retires and Guardiola’s contract ends. Carlo Ancelotti is keen on those two jobs and would snub a move to Chelsea in favour of them.

Mourinho is under tremendous pressure to turn Chelsea’s season around and will be sacked if the Blues are out of the reckoning for top four.

It will be interesting to see if Mourinho can turn it around. The Portuguese has the backing of his players and should get some financial support in January as well.

Chelsea are in desperate need of some signings and the London club are already assessing their options in the market.