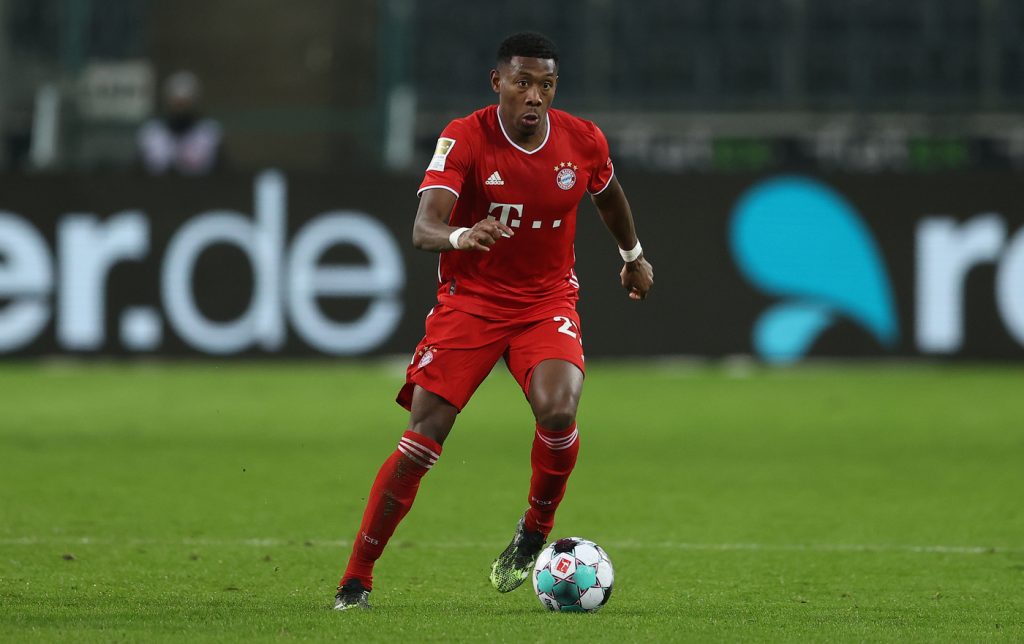 Chelsea have been linked with a summer move for Bayern Munich defender David Alaba.

The 28-year-old is expected to leave the German club this summer, with Real Madrid touted as his most likely destination.

However, Sky Sports’ Kaveh Solhekol says that Chelsea are in the running to secure his services from the Bundesliga outfit.

“On the centre-back situation, one player l would be watching closely is David Alaba,” he said. “He will be leaving Bayern Munich in the summer. Lots of clubs want him on a free transfer.

“Manchester United, Real Madrid, Liverpool have all been mentioned, but Chelsea are definitely in the mix.

“Some of the agents who were involved in bringing Tuchel to Stamford Bridge are also involved with Alaba – although reporters in Spain are convinced he is going to Real Madrid.”

While Madrid are believed to be Alaba’s favoured destination, a move to Spain may not be that straightforward.

They lost more than £40 million of their revenue in 2020, which could impact their ability to offer Alaba the same level of salary as Chelsea.

The Premier League club have also suffered financial losses over the last year, but that hasn’t stopped owner Roman Abramovich from splashing the cash.

Alaba’s signing would undoubtedly be a major statement of intent if Chelsea can persuade him to move to the Premier League.